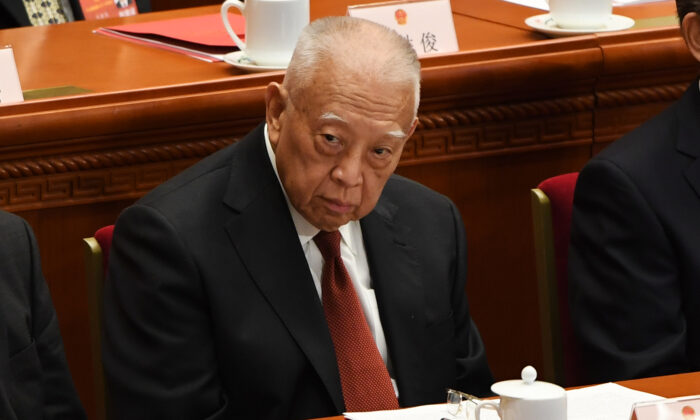 On the 25 anniversary of Hong Kong’s handover to China,  China Leader Xi Jinping was supposed to be spending time with all former chief executives during his two-day visit.

However, Tung Chee-hwa, former chief executive and vice-chairman of the Communist rubber stamp legislature, has not appeared in public since July 2021. His disappearance causes speculations on whether his health was the issue.

Tung Chee-hwa’s public relations representatives clarified publicly that Mr Tung is on vacation at the moment, and they will not comment on whether Tung would attend the special occasion on July 1, 2022.

Looking through previous records, Tung Chee-hwa has not appeared in public at all for almost a year. On July 4, 2021, Tung was invited to attend the premiere of 1921 film in Hong Kong to promote the 100th anniversary of the founding of Chinese Communist Party (CCP). At the event, Tung showed up in an all-black suit along with a surgical face mask due to COVID-19. He seemed bright-spirited then.

Since undergoing heart surgery in September 2021 at the Queen Mary Hospital, he has been incognito. Tung has been missing many of the important events organized for the CCP, including the CCP National Day Celebration on Oct. 1, 2021, as well as the first Legislative Council Election Voting Day since its claimed, “improved and perfected electoral system” on Dec. 19, 2021. Tung also dis not show at the two sessions of the CCP legislature in March 2022.

During the 2021 Legislative Council election, Tung Chee-hwa admitted through his spokesperson that he was “recuperating at home and therefore has not been able to go to the polls.” However, Tung kept the identical feedback on the same question in different settings, that he was “on vacation or no comment.”

In early March 2021, Tung Chee-hwa had a fall at the opening ceremony of the CCP rubber stamp legislature. A few of the people at the scene had to help him up. Later after the incident, Tung explained he was paying too much attention to greeting others, so he tripped and fell by accident. But he did emphasize, everything was well with him.

A few months later, Tung attended a function, Tung waited for Carrie Lam who helped him get up to the stage. That was the last time Tung was seen in public.