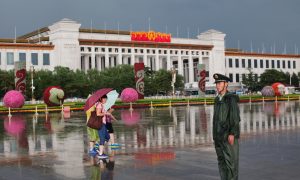 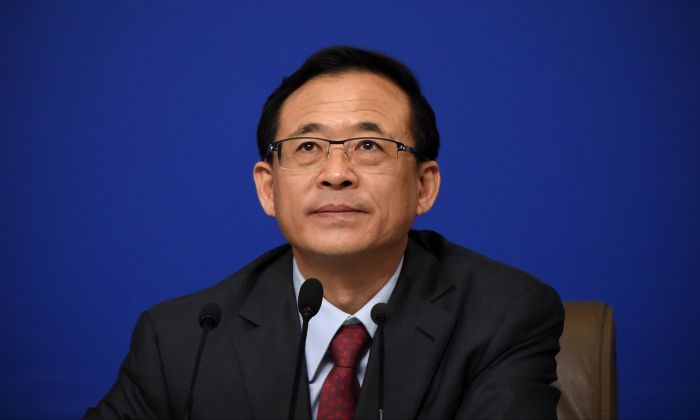 Liu Shiyu, former head of the regulatory agency China Securities Regulatory Commission (CSRC), has surrendered himself to anti-corruption investigators on suspicion of violating the Chinese Communist Party’s (CCP) discipline and Chinese laws, according to an official statement.

The Party rarely makes such announcements of officials cooperating with investigators. Liu’s case thus has attracted much speculation about what he could reveal to the authorities, including possibly exposing more corruption.

Liu, 57, received a Ph.D. in economics and management from one of China’s top universities, Tsinghua.

According to his official resume, Liu worked at the state-run China Construction Bank before joining the People’s Bank Of China (PBOC), China’s central bank, in 1996.

He was promoted to be vice president of PBOC in June 2006, and worked at this position until October 2014, when he was promoted to Party secretary at the state-run Agricultural Bank of China.

Liu was promoted to be CSRC chairman in February 2016, which is a minister-level official and a very important position that controls the operations of China’s capital markets.

But on Jan. 26, Liu was transferred to another post, to become director of the All China Federation of Supply and Marketing Cooperatives, also a minister-level but less powerful position.

In the late evening on May 19, the China National Supervisory Commission, the Party’s top anti-corruption agency, and the Central Commission for Discipline Inspection (CCDI) co-published a statement saying that Liu had surrendered to anti-corruption authorities.

The statement was short—only 57 words—21 of which list Liu’s titles. But the words hinted at an unusual circumstance.

The statement called Liu a “comrade,” which suggests that he is still considered a Party member. This is unusual because most Party officials ensnared by the anti-corruption authorities lose their Party membership.

Most statements also say that officials violated discipline “seriously,” but Liu’s did not include that adjective.

Liu is the third CCP minister-level officials to be investigated in 2019.

Liu was known for using colorful language to enthusiastically describe his efforts at fighting bad cadre behavior within CSRC.

On Dec. 3, 2016, 10 months after becoming head of the CSRC, Liu told representatives of China’s securities, investment, and fund businesses at a national meeting: “I hope all asset managers won’t become tyrants who are inappropriately arrogant; goblins who incite trouble; or demons who harm the people.”

Then on Feb. 26, 2017, Liu said at a press conference held by China’s cabinet-like State Council: “After I worked for the CSRC, I spent a long time to investigate the chaos in the capital market. The results opened my eyes, and shocked me. I think the right words to describe these people are barbarians, goblins, and predators.”

Indeed, Liu is known for being a reformist at the CSRC.

According to Chinese business magazine Caijing, Liu punished companies and asset managers that didn’t follow rules. In 2018, CSRC fined companies that violated regulations a total of 10.64 billion yuan ($1.54 billion) in 310 cases, the highest in CSRC history.

But Liu also took some actions that the Xi leadership may not have approved of.

For example, he greatly opened up the exchange markets to private enterprises, approving more than 10 companies to launch an Initial Public Offering (IPO) every week, which brought risks to the market, according to Caijing.

Caijing used Jiangsu Bank as an example. The Jiangsu Bank had applied for an IPO for six years, but couldn’t get approval due to its bad performance. Liu approved its application in August 2016. The price of Jiangsu Bank’s shares decreased continuously since the second week after its IPO. It finally reached zero in 2018.

Liu also approved IPOs for five other small banks from Jiangsu Province, which is also his hometown.

Chinese media Koukou News reported on May 20 that Liu could possibly be involved in the anti-corruption case of Dai Juan, general manager of the Assets Management Center at Nanjing Bank. Nanjing is the second largest city in Jiangsu.

Dai has been investigated by the CCDI since February and is suspected of bribing officials so they could favor Nanjing Bank in deals involving the selling and buying of debt.