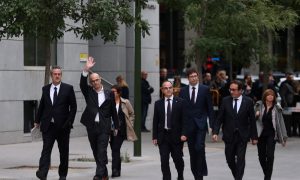 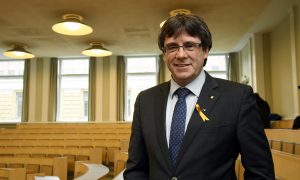 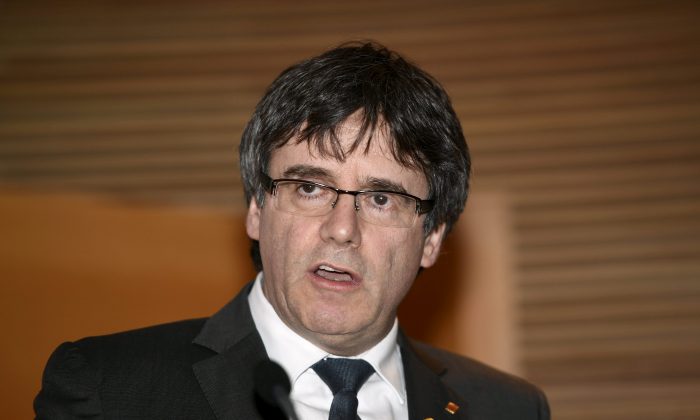 Former Catalan leader Carles Puigdemont speaks during his briefing on the situation in Catalonia at Finnish Parliament in Helsinki, Finland March 22, 2018. (Lehtikuva/Martti Kainulainen via Reuters)
World

BARCELONA—Former Catalan secessionist leader Carles Puigdemont was detained on Sunday in Germany by police acting on an international arrest warrant issued by Spain, his lawyer said.

Puigdemont had entered Germany from Denmark after leaving Finland on Friday when it appeared police would arrest him there and launch an extradition process requested by Spain. The lawyer, Jaume Alonso-Cuevillas, did not say exactly where Puigdemont was in custody in Germany.

He faces up to 25 years in prison in Spain on charges of rebellion and sedition for organising an illegal referendum for Catalonia that led to a unilateral declaration of independence in October.