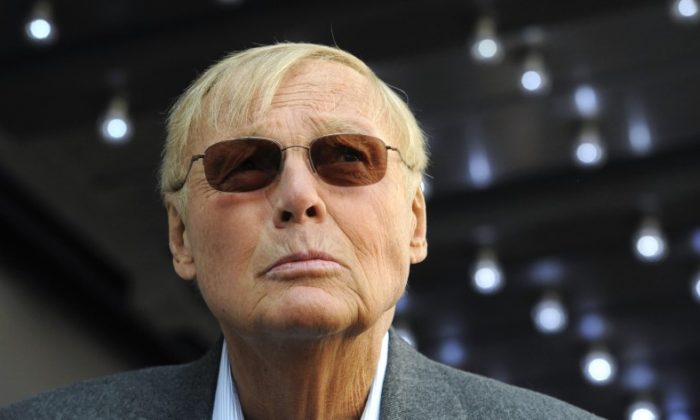 Actor Adam West at a ceremony where he received a star on the Hollywood Walk of Fame in Los Angeles April 5, 2012. (REUTERS/Phil McCarten)
Entertainment

NEW YORK—Adam West, the actor who played the title role in the kitschy 1960’s “Batman” television series, has died at age 88, Variety reported on June 10, citing a family statement.

West, who was so closely identified with his tongue-in-cheek portrayal of the cartoon superhero that he had trouble landing other roles when the show ended, died the evening of June 9 after a struggle with leukemia, his representative told Variety.

His representatives did not immediately return calls or emails seeking comment.