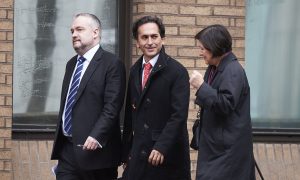 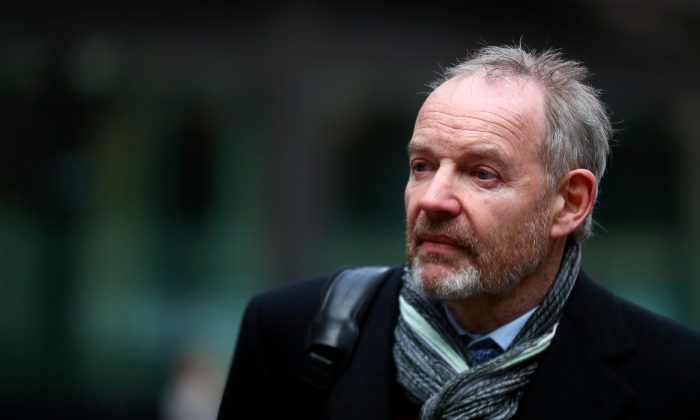 LONDON—Four former Barclays executives conspired to commit fraud by hiding 322 million pounds of payments to Qatar in return for cash injections in 2008, a prosecutor alleged at one of London’s most high-profile criminal trials.

Former Chief Executive John Varley and three former directors are the most senior bankers to be prosecuted in Britain over events during the financial crisis, when Barclays avoided a state bailout by raising more than 11 billion pounds from mainly Gulf investors in two cash calls.

Opening the case for the Serious Fraud Office prosecutor, senior lawyer Edward Brown alleged that the bank’s Advisory Service Agreements (ASAs), through which Qatar was paid 322 million pounds (about $419.7 million) in 2008, were a “dishonest mechanism” to conceal extra fees from other investors and the wider market.

“It is the hiding of these additional commission fees which lies at the heart of this case,” he told the jury at London’s Southwark Crown Court, in a courtroom so packed that reporters had to request tickets to gain entry.

“[The ASAs] were devised by the conspirators as a mechanism for paying the Qataris greater fees than those paid to other investors so as not to reveal the true position,” Brown told the court, in a trial scheduled to last up to six months.

Varley, 62, in an open-necked shirt and sweater, listened in the glass-surrounded dock, flanked by Roger Jenkins, in a polo-neck sweater and jacket, Tom Kalaris, and Richard Boath, who both wore suits.

They are charged with conspiracy to commit fraud by false representation. Varley and Jenkins face two counts, and Kalaris and Boath face one; they all deny the charges.

Varley and Jenkins, the 63-year-old former head of Barclays’ Middle Eastern arm, are charged with two counts of conspiring dishonestly with former finance director Christopher Lucas to make misleading or untrue representations in documents published in relation to both the June and October capital raisings.

Kalaris, 63, who ran Barclays’ wealth-management business, and Boath, a 60-year-old former head of the corporate-finance division, face one count over the June 2008 cash call. Both charges allege the men were either seeking to profit or to cause or expose others to losses.

Lucas, who is suffering from ill health, hasn’t been charged.

The case hinges on what the bank disclosed in its public statements in 2008; the prospectuses for the capital raisings and subscription agreement documents published that June and October, which outlined fees and commissions paid to investors in return for backing the bank.

Prosecutors allege that Barclays thought it essential to secure a deal with Qatar in early 2008 as markets roiled, but that the Gulf state drove a hard bargain.

In a transcript, Boath said that the bank would be “basically dead” without a Qatari cash injection in 2008, a prosecutor said on Jan. 24.

Qatar initially demanded a fee of 3.75 percent, before settling on 3.25 percent in return for investing in the bank—more than double what Barclays was paying other investors, the prosecution alleged.

Unwilling to risk other investors demanding the same terms—or appearing financially unstable by being seen to pay too high a price—the executives played a part in false representations to the market, the prosecution alleged.

Brown said some defendants relied on the fact that lawyers had sanctioned the use of ASAs by signing off on them, as their defense in the case. But he alleged lawyers were told the ASAs were genuinely designed to represent services provided by Qatar and that they were separate from the Qatari investment in Barclays.

“The truth is that the lawyers did not approve of the use of the ASAs as mechanisms to hide the commission fees paid to the Qataris,” he said.

Qatar, which hasn’t been accused of wrongdoing, plowed around 4 billion pounds into Barclays in 2008, Brown said.

By Kirstin Ridley and Lawrence White