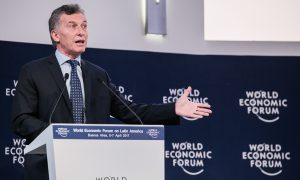 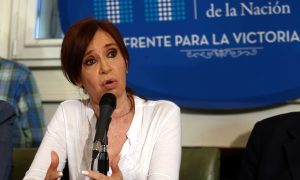 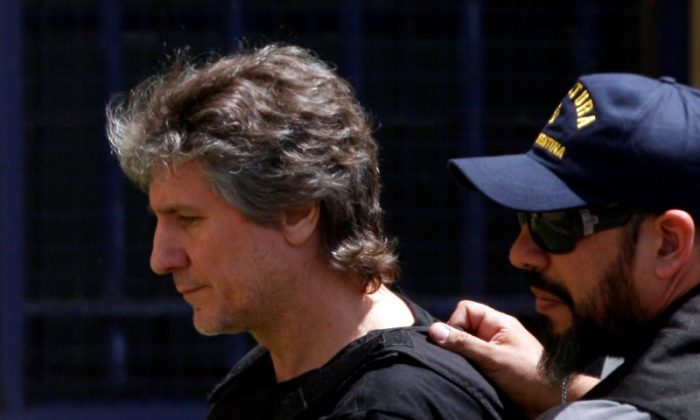 Former Argentine Vice President Amado Boudou is escorted by a member of Argentina's Coastguards as he arrives to a Federal Justice building in Buenos Aires, Argentina Nov. 3, 2017. (Reuters/Martin Acosta)
Americas

BUENOS AIRES–Argentina’s former economy minister and vice president, Amado Boudou, was freed from jail on Friday after an appeals court ruled that he was unlikely to interfere in a corruption case against him.

Boudou, who served under former President Cristina Fernandez, was arrested in early November on racketeering and money laundering charges. His lawyer said at the time that assertions Boudou might try to meddle in the case were preposterous.

The ex-minister, who denies any wrongdoing, told reporters on Friday night that the justice system had “committed an abuse” by jailing him.

Boudou is the second senior official from Fernandez’s government to be detained.

Last month a federal judge dealt the hardest blow yet to Fernandez, calling on Congress to remove her immunity as a senator so she could be arrested for treason.

Fernandez, whose policies vastly increased the role of the government in Latin America’s third-biggest economy, was succeeded in late 2015 by her business-friendly political opposite Mauricio Macri, who has vowed to reform Argentina’s sluggish judiciary.

The former president and her loyalists accuse Macri of orchestrating a political vendetta against her.

Boudou faces three counts of “illicit enrichment” dating back to 2009, the year he was promoted from heading Argentina’s social security administration to become economy minister. Boudou became vice president in 2011 when Fernandez won reelection. But he was largely absent from public view during that term as accusations of corruption mounted against him.