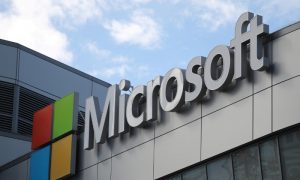 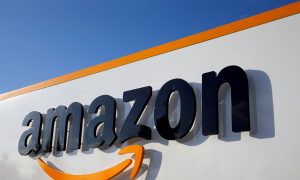 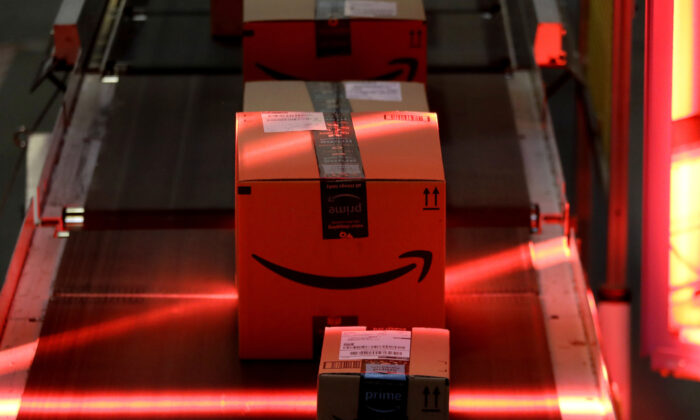 Packages riding on a belt are scanned to be loaded onto delivery trucks at the Amazon Fulfillment center in Robbinsville Township, N.J. on Aug. 1, 2017. (Julio Cortez/AP/File)
US News

A former Amazon worker has branded the company’s warehouses a “cult-like” sweatshop run by robots in a scathing interview with NY Post.

Maureen Donnelly, 46, began working for the retail giant at their Staten Island fulfillment center in September 2018 but claims she was forced to quit after just one month due to terrible working conditions.

The former Emergency Medical Technician and newsroom clerk told the publication that she was “not afraid of hard work” and had held a number of physically demanding jobs in the past.

However, Donnelly said that upon beginning her role at Amazon, she was told to just “Do your job!” and quickly realized that there was no sense of “team spirit” among employees.

“I soon learned that the only difference between an Amazon warehouse and a third-world sweatshop were the robots. At Amazon, you were surrounded by bots, and they were treated better than the humans,” she said.

Donnelly began working for the multinational technology company after passing an online test, which included organizing boxes on the back of a truck, and completing orientation at the Hilton Garden Inn alongside 50 or 60 other workers from Staten Island, Brooklyn, and New Jersey.

She said she had initially been excited to start the job after learning about its perks, which included stock shares, employee discounts, full benefits, four-day workweeks, and little mandatory overtime along with a decent salary of $16 and change an hour.

The former employee was assigned the role of a “stower”, and was responsible for stocking shelves and calling racks alongside “squat, square orange robots” which carried eight-foot-tall yellow racks between workers across the warehouse floor.

However, the sheer size of the four-story Staten Island warehouse, reportedly big enough to fit 18 football fields inside, soon posed problems for her and her fellow workers.

Donnelly claims she had “just enough time to shove half a peanut butter sandwich in my mouth, take a couple of gulps of soda,” and “have a cigarette” on her 30-minute lunch break as it took 15 minutes just to walk to the lunchroom”.

Meanwhile, managers reportedly encouraged employees to regularly drink water in the warehouse, which Donnelly said felt like “150 degrees” over fears they might pass out and fall off the line.

However, Donnelly said a manager once cut five minutes off her break when she left a shift early to use the bathroom, and she subsequently started to avoid going to the toilet until her designated break time.

She said that employees had asked bosses if they could get fans in the warehouse but were declined because the robots who worked alongside them “did not function well in the cold.”

Donnelly told the publication that despite “hundreds of robots zigging and zagging on each floor,” it was a fireable offense if human workers crossed into the robots’ domain.

A no-phone policy on the floor also caused issues for single parents with young children, Donnelly claims, explaining that one single mother in her 30s with a five-year-old daughter didn’t have an emergency number she could give to her babysitting parents or her kid’s school.

Finally, workers were forced to partake in calisthenic exercises for 10-minutes daily, which Donnelly said left her feeling like she had enrolled in the Army as opposed to Amazon.

After failing to reach her “projections” of stocking 12 items a minute and being forced to work arduous 12-hour shifts in boiling temperatures with few breaks, Donnelly quit.

“The job crushed my spirit—and crippled my body. I would spend nearly 12 hours a day with no one to talk to for more than five minutes. I wasn’t sleeping well. I was getting cranky with family,” she told the publication.

“My knees were killing me. My back and shoulders constantly hurt. My left hip throbbed. After every shift, I’d ice my swollen ankles, which were triple the normal size.”

Her claims come after more than 100 workers and supporters gathered outside the same Staten Island warehouse last week to protest working conditions, which they claim has become increasingly worse in the run-up to Christmas and Hanukkah.

In a video report by Fox5, protesters could be seen demanding a manager from the warehouse accept a petition, signed by 600 people, calling for longer work breaks and more dedicated MTA buses to the facility.

The protest also shone a spotlight on new data showing the rate of worker injury at the facility is three times higher than the national average for similar warehouse work.