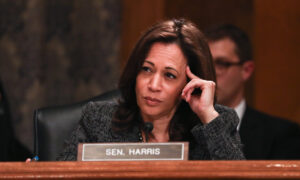 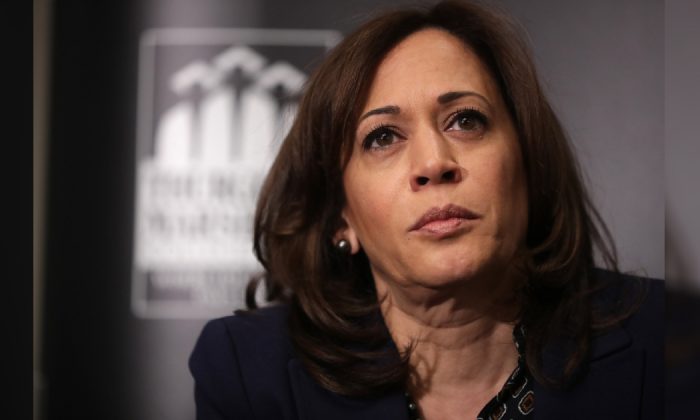 A former aide to Kamala Harris has criticized the California senator’s struggling campaign in a scathing resignation letter, in which she brands the treatment of staff “unacceptable.”

Kelly Mehlenbacher, the former state operations director for Harris’s campaign, did not hold back with her condemnation of the campaign in her Nov. 11 letter obtained by The New York Times.

“This is my third presidential campaign and I have never seen an organization treat its staff so poorly,” Mehlenbacher wrote, before sharing her disapproval at how staff had been encouraged to move to Baltimore prior to being laid off.

The former aide, who previously worked on Hillary Clinton’s 2016 campaign, continued: “I no longer have confidence in our campaign or its leadership. The treatment of our staff over the last two weeks was the final straw in this very difficult decision.

“It it not acceptable to me that we encouraged people to move from Washington, D.C., to Baltimore only to lay them off with no notice, with no plan for the campaign and without thoughtful consideration of the personal consequences to them or the consequences that their absence would have on the remaining staff.”

Mehlenbacher said it was unfair that the campaign would lay off staff members who had been hired just weeks earlier, adding: “It is unacceptable that with less than 90 days until Iowa, we still do not have a real plan to win.”

The former aide, who has since reportedly joined former New York City Michael Bloomberg’s campaign, concluded that Harris’ campaign had “refused to confront” its “mistakes” and “trust the expertise of talented staff.”

This is not the first time Sen. Kamala Harris’ campaign has come under fire in recent weeks, having reportedly struggled to raise the funds needed to support her bid for the Democratic 2020 primary.

The New York Times claims the campaign has not been able to afford to advertising since September and stopped buying Facebook advertisements in the last two months.

In November, Harris’s campaign announced that several dozen people would be laid off at its Baltimore headquarters, as well as volunteers in New Hampshire, Nevada and California, as part of an effort to go “all-in” in Iowa, then shift to focus on South Carolina after the caucus.

Although Harris was initially deemed as one of the most promising contenders to take on President Trump next year, recent state polls have seen her drop to low single digits.

And it appears as though other members of her staff also share Mehlenbacher’s grievances with the sinking campaign, as The New York Times reportedly talked to more than 50 current and former campaign staff members and allies who described in detail how the campaign seems to have made one bad decision after another.

Many of those the publication spoke to appeared to lay much of the blame on Maya Harris, the campaign chairwoman and senator’s sister, and Juan Rodriguez, the campaign manager.

They said it was unclear who is actually in charge of the campaign and claimed that Maya Harris often goes unchallenged due to her close relationship with her sister. They claim that Kamala is reluctant to make changes to leadership in her campaign so late in the race.

Others also blamed Harris herself, noting that she didn’t appear to have a clear direction and criticizing her for not firmly choosing a side in the party’s ideological feud between liberals and moderates, which has come to dominate the Democratic contest.

Following the resignation letter going public, Harris’ campaign manager Juan Rodriguez issued a statement to The New York Times in which he said said they had made some “tough decisions.”

“Our team, from the candidate to organizers across the country, are working day in and out to make sure Kamala is the nominee to take on Donald Trump and end the national nightmare that is his presidency,” he said. “Just like every campaign, we have made tough decisions to have the resources we need to place in Iowa and springboard into the rest of the primary calendar,” he said.