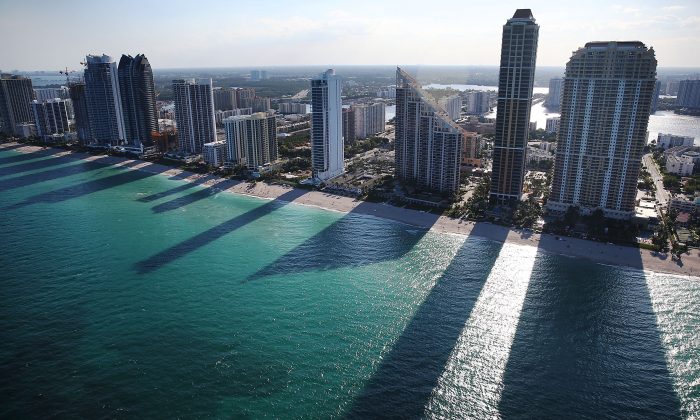 The United States is still a top destination for foreign real estate buyers despite increasing government scrutiny over the past year.

“Investors we work with from Asia and Latin America are committed to investing in the United States largely because of currency instabilities in their home countries,” said Kailin Zhu, partner at Clarett International.

However, rising prices in the U.S. real estate market have government officials worried about dirty money being funneled into luxury real estate.

In order to prevent money laundering, the Financial Crimes Enforcement Network (FinCEN), an agency of the Treasury Department, announced a new temporary regulation in January. The regulation requires foreign investors who buy high-end residential properties in cash using shell entities, such as limited liability companies (LLCs), to disclose their identities.

The new rule requires the identity of every member of the LLC to be disclosed. In the past, foreign buyers in such transactions could hide behind the companies.

“As is often the case, however, the government uses a hammer to kill an ant. They just use very broad regulations to deal with a very narrow problem.”

The rule was first launched to cover cash purchases above $3 million in Manhattan and above $1 million in Miami made through shell companies. On Aug. 28, the Treasury expanded the regulation into other markets in New York, Florida, California, and Texas. The rule will last for 180 days initially.

“I expect the regulation will be permanent and will be expanded nationwide,” Feffer said.

In addition to FinCEN, there is also the Committee on Foreign Investment in the United States (CFIUS), which screens foreign acquisitions for national security concerns. CFIUS can take drastic action even in commercial real estate deals.

According to Feffer, CFIUS is a greater concern for foreign investors compared with FinCEN, which only requires disclosure and is limited to residential investments in certain geographic areas. CFIUS has a national scope and broad powers, which include the power to cancel a completed transaction.

For example, in 2012 the government blocked a Chinese company from owning wind farms near a naval base in Oregon after the deal was already made.

“There is nobody in this country that is fighting against these regulations. It is very tempting for politicians to try to look strong on national security,” Feffer said.

Confidence Will Remain After the Election

“On the broker’s end, it is, of course, a challenge to connect the dots between enforcement (as in how many buyers are or have been disqualified due to FinCEN) and the market trends,” said Aleksandra Scepanovic, managing director of Ideal Properties Group.

Despite the increased scrutiny, the relative strength of economic fundamentals in the United States still positions the country as a safe haven for cross-border real estate investment.

Foreign buyers purchased 214,885 residential properties for $102.6 billion in the United States from April 2015 to March 2016, according to the National Association of Realtors (NAR).

Major destinations of foreign investment are New York, California, Florida, Arizona, and Texas. And the majority of foreign buyers who purchase residential property are from China, Canada, India, U.K., and Mexico, according to the report.

With respect to commercial real estate, the United States is still the largest market for cross-border investments. In 2016, as of September, transactions exceeded $50 billion, according to a report by real estate firm Jones Lang LaSalle.

“Despite the hectic 2016 presidential election, the United States is perceived to be more stable for investors than other countries. And New York is still the real estate capital of the country, where they like to park their money. We expect the confidence to remain after the election,” said Zhu.

Foreign investments in U.S. real estate will continue to rise as investors seek long-term, high yielding assets, according to Spencer Levy, head of research for the Americas at CBRE, a commercial real estate company.

“Negative interest rates in Germany, Japan, and Switzerland will further draw capital to the United States,” he said.