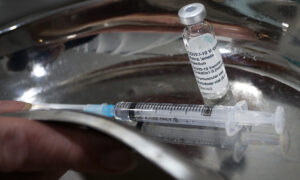 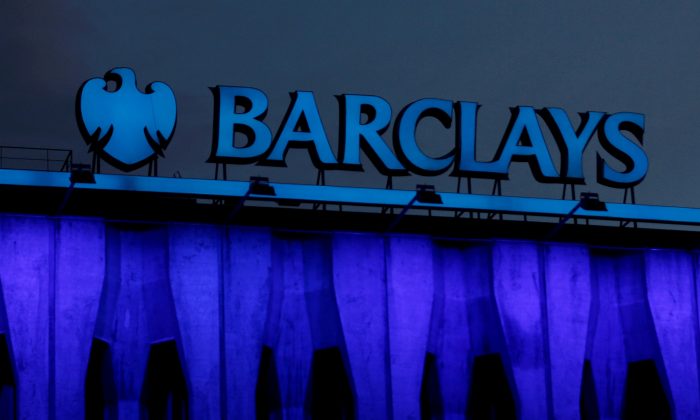 The logo of Barclays is seen on the top of one of its branch in Madrid, Spain, March 22, 2016. (Reuters/Sergio Perez/File Photo)
Australia

HONG KONG/SYDNEY—Foreign banks are circling Australia once more as they bet on resources and infrastructure investment gathering pace at a time when local banks are distracted by a government inquiry following a string of scandals.

Some, like Barclays, are plotting a return to the market, which holds some $3.5 trillion in banking assets and whose banks are among the most profitable in the world, just two years after an abrupt exit.

Besides Barclays, Dutch lender ABN AMRO expects to launch onshore banking operations in Australia in the second half, an executive said, while Italy’s Intesa Sanpaolo plans to open a branch, a person familiar with the move said.

Paris-based Societe Generale is also planning to re-open a branch in Australia, several years after winding down its local operations.

Attractions include stronger economic growth, an expected pickup in investment in Australia’s vast resources sector as commodity prices recover, as well as ongoing infrastructure investment and a strong deals market.

“We are seeing a lot of European banks who have expertise in new areas such as renewable energy join the market here, whereas initially some of the Australian banks were slow or the return expectations were not to their liking,” said Peter Davis, executive director for Asia Pacific corporate and institutional banking at ABN AMRO.

A high-level government inquiry into lenders’ misconduct also offers an opportunity as it is likely to distract Australia’s biggest banks, who as a result of the hearings, have already imposed stricter conditions on retail borrowers, bankers said.

“I suspect the primary issue will be potential distraction of senior management towards the inquiry and that may mean that they are not as focused on the business as they might have been,” Davis said, referring to the inquiry known as a Royal Commission.

Several senior executives have already resigned at firms including Commonwealth Bank of Australia (CBA) and wealth manager AMP. Banks face the prospect of further regulation and more revelations as the inquiry continues.

The four largest banks—Australia and New Zealand Banking, CBA, National Australia Bank, and Westpac—dominate the local market, accounting for 79 percent of gross loans, according to data from the banking regulator.

Australia’s syndicated loan market data shows the share going to foreign banks has been rising, a trend that many now expect to gather pace.

While European lenders’ took 17 percent of the market last year, up from 15 percent in 2015, Chinese banks including Bank of China and Industrial and Commercial Bank of China, saw their share jump to 11 percent from 4 percent.

So far this year, Australian banks had a 40 percent share of the domestic syndicated loan deals compared to 53 percent in 2015, Thomson Reuters LPC data shows.

Two bankers, who declined to be named due to sensitivity of the matter, said Australian regulators were also encouraging the entry of foreign financial firms to dilute the dominance of the country’s large institutions.

Some European banks left Australia in the past few years, either as part of global restructurings or due to softening in commodity prices that hit the domestic resources sector.

Leading Australian banks’ return on equity (ROE), a key measure of profitability, range from 10-15 percent, while most of the European banks operate at less than 10 percent.

A Societe Generale spokeswoman said the bank “constantly” reviews its set up in Australia to better serve its clients.

Intesa Sanpaolo said in line with the business plan targets presented last February it was weighing boosting its presence in some countries through the opening of corporate branches and representative offices.

“These include Australia, where the bank is currently present with the representative office in Sydney,” it said.

The return of the Europeans will add to the pressure from Chinese and Japanese rivals, especially in infrastructure financing – an area that has helped Australia’s Big 4 to grow their loan books in recent months, said Morgans banking analyst Azib Khan.

“If these European banks come in and again put downward pressure on loan margins, the (Australian) banks will continue to focus on those high-ROE customer relationships,” he said.

The fallout from the inquiry could curtail lending opportunities for all four major Australian banks and hurt earnings growth, credit agencies S&P Global and Moody’s Investors Service said this month.

“We also see the possibility of banks facing legal action from customers or other stakeholders based on the information coming out of the Royal Commission, which may lead to disruption in business or significant financial costs,” S&P said.

Moody’s said that the financial impact from the potential penalties would be manageable given the bank’s very strong profitability.

Shares in the Big 4 have lost a combined A$36 billion ($27 billion) in market value since Nov. 30, the day government called for the inquiry following a string of scandals across the financial sector.

“Australia is going through a phase of change in the financial market. There are some large natural resources and infrastructure projects that are in the pipeline,” said Paul Early, co-head of Australia for Barclays Capital Asia.

“With loan pricing becoming more disciplined and people focusing on doing business in the right way, there is bigger opportunity for onshore foreign banks to expand their market share.”

By Sumeet Chatterjee and Paulina Duran