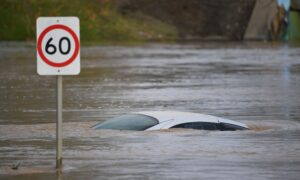 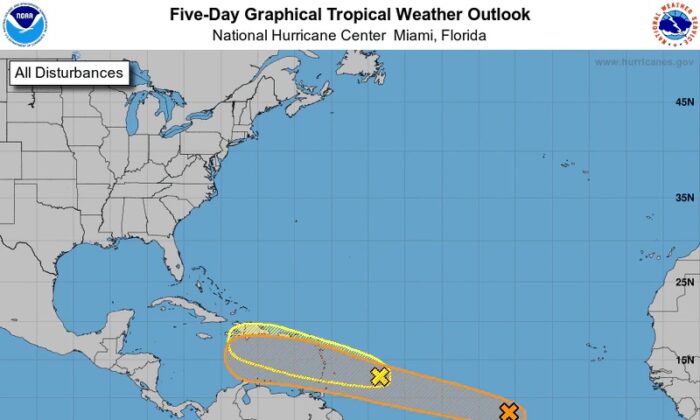 Forecasters Monitoring 2 Tropical Waves, One of Which Is Expected to Soon Reach Caribbean

Forecasters are watching for development from a tropical wave that could reach the southeastern Caribbean in the next 36 hours or so. On its heels is a second tropical wave in the Atlantic.

The wave nearest the Caribbean is expected to continue on a generally westward path, as is typical for tropical waves, possibly into next week, experts said Tuesday.

The trough of low pressure formed off Africa late last week and is continuing to produce disorganized showers and thunderstorms, according to the National Hurricane Center. It has the potential for slow development later this week and this weekend as it moves west-northwest at about 15 to 20 mph.

“There can be some gradual development with this as it tracks across the Atlantic and it is possible that this can gain enough organization to become a tropical depression,” AccuWeather Senior Meteorologist Adam Douty said.

As of 8 a.m. Tuesday, it was located about 850 miles east of the islands of the Lesser Antilles, which form the eastern boundary of where the Caribbean Sea meets the Atlantic Ocean. It is forecast to reach the islands by Wednesday night, according to the National Hurricane Center.

Trailing behind it is a second tropical wave located in the Atlantic about 800 miles off west Africa. It also has potential for some slow development this week as it moves in a west-northwestward direction at about 20 mph. As of Tuesday morning, its odds of developing remained low, at 20 percent over the next five days.

It was a remnant low by Tuesday morning. But the threat of flash flooding remains for areas in western and northern Georgia and northern Alabama as it continues to bring heavy rain, forecasters said.

The National Oceanic and Atmospheric Administration predicted a busy hurricane season this year, estimating between 13 and 20 named storms.

Danny was the second named storm of the 2021 season to affect the United States. Tropical Storm Claudette, which formed June 19 over the Gulf of Mexico, pummeled the U.S. Gulf Coast, causing 13 deaths in Alabama.