Ford claimed that Kavanaugh assaulted her in 1982. The FBI couldn’t verify her claim and the Senate Judiciary Committee released a report on Nov. 3 that exonerated Kavanaugh of all allegations against him.

Ford’s account had no evidence and all witnesses she named denied being present when the events she described took place. Her most crucial witness was the other girl allegedly at the house, Leland Keyser.

Keyser eventually issued a statement saying she had never met Kavanaugh. After the statement, McLean, the former FBI agent, reportedly pressured Keyser to revise her statement.

McLean “urged her to clarify her statement,” reported the Wall Street Journal. Keyser’s revised statement said that while she didn’t remember attending a party where Kavanaugh was present, she still believed Ford’s account.

The Senate Judiciary Committee revealed that it is aware of the alleged pressure and is investigating it.

“According to the news articles, Keyser reported that former FBI employee Monica McLean, whom Dr. Ford allegedly coached in a polygraph exam years earlier, and others contacted her to suggest she ‘clarify’ her account,” investigators wrote in the report.

“Committee investigators continue to pursue this lead to determine whether McLean or others tampered with a critical witness account.”

It’s the first official acknowledgment of the alleged tampering.

The report also noted that Ford’s ex-boyfriend revealed another alleged connection between McLean and Ford.

During her public testimony to the Senate, Ford said she’d never helped anyone prepare for a polygraph exam. But the ex-boyfriend, whose name was redacted, told investigators that he had witnessed Ford coach McLean on how polygraphs worked.

“Dr. Ford explained in detail what to expect, how polygraphs worked and helped McLean become familiar and less nervous about the exam. Dr. Ford was able to help because of her background in psychology,” the ex-boyfriend stated. At the time, McLean was interviewing for jobs with the FBI and the U.S. Attorney’s Office.

The ex-boyfriend said he dated Ford for six years.

Sen. Chuck Grassley (R-Iowa) repeatedly asked Ford’s lawyers to provide details regarding the polygraph exam she took that she claimed showed she was telling the truth about her encounter with Kavanaugh. The lawyers refused.

McLean has only responded once to allegations against her, speaking to another former FBI agent who now works for CNN.

“I have never had anyone assist me with the preparation of any polygraph. Ever. Not my entry polygraph, not my 5-year reinvestigation polygraphs. Never. I am extremely angry he would make this up,” said McLean.

McLean worked for the FBI from 1992 through 2016 and currently lives in Rehoboth Beach, Delaware, according to her LinkedIn. Ford testified during the public hearing that she wrote a letter describing the alleged assault to Sen. Dianne Feinstein (D-Calif.) while she was in Rehoboth on or about July 26.

McLean was part of Ford’s support group that attended the Sept. 27 public hearing. 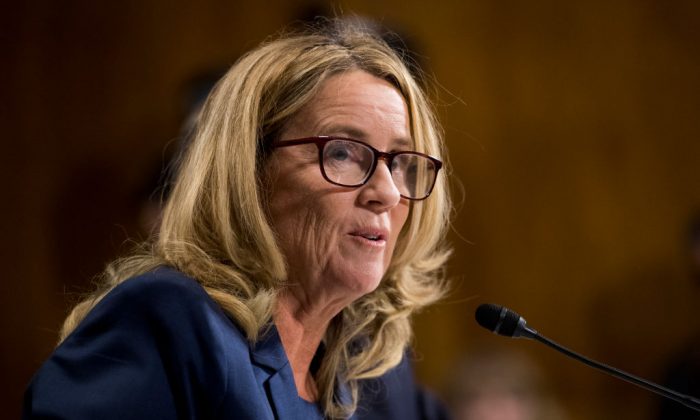