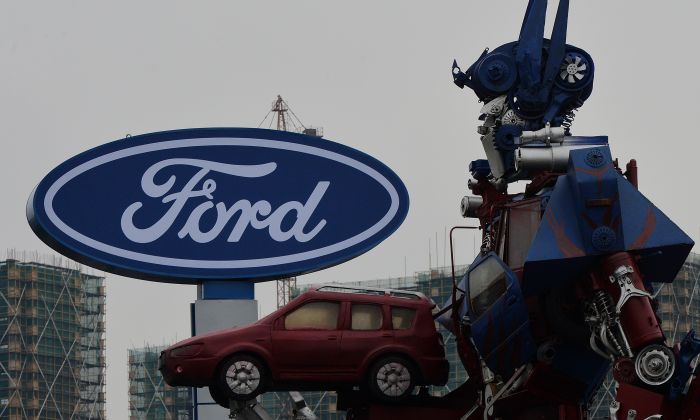 The Dearborn, Michigan-based automaker delivered 131,060 vehicles in China in the third quarter, Ford said in a statement.

In the third quarter, sales of the automaker’s mass-market Ford brand fell 37.7 percent, while its luxury division Lincoln saw sales drop by 24.1 percent. It delivered around 421,000 vehicles in the first nine months of the year, according to Reuters calculations.

Ford has been struggling to revive sales in China after its business began slumping in late 2017. Sales sank 37 percent in 2018, after a 6 percent decline in 2017.

The automaker plans to launch more than 30 new models in China over the next three years of which more than a third will be electric vehicles. It also said it would localize management teams by hiring more Chinese staff and aimed to improve relationships with joint venture partners.

Ford has launched a series of new models in the third quarter in China, including Focus, sport-utility vehicle models Edge, and electric Territory.

In China, Ford makes cars through its joint venture with Chongqing Changan Automobile Co. Ltd. and Jiangling Motors Corp. Ltd. It has said it would partner with Zotye Automobile Co. Ltd. to sell lower priced cars, but there seems to have been little progress.

In a series of moves, Ford named a new president for its main local venture, Changan Ford, in August and said it would enhance its partnership with Changan through research, production and marketing cooperation in September.

Ford is also planning to revamp some of its existing manufacturing facilities with Changan to localize production of its premium brand Lincoln.

Changan Ford’s sales down by around 33.5 percent in the third quarter, according to Reuters calculations based on Changan’s filings.

As GM and Ford China sales extend declines, U.S. car companies’ share of total China passenger vehicle sales fell to 9.5 percent in the first eight months of this year from 10.7 percent in the year-ago period, according to the China Association of Automobile Manufacturers (CAAM).

Annual industry car sales in China fell last year for the first time since the 1990s, and they are expected to fall this year too. Sales dropped 6.9 percent in August from the same month in the prior year, CAAM said.

An official at the association said last month that in the next three years the industry could see “low or small negative growth.”