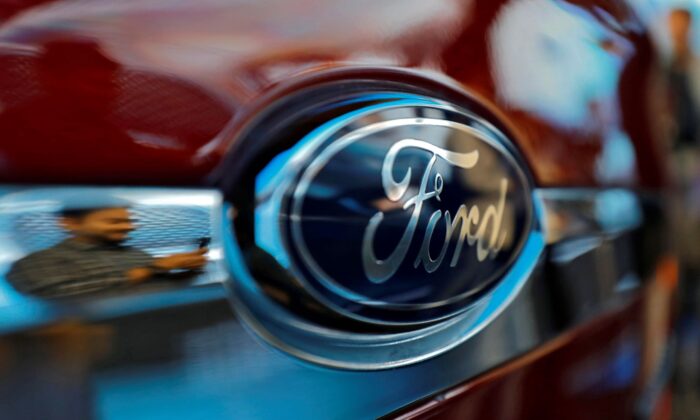 A visitor is reflected as he takes pictures of a new Ford Aspire car during its launch in New Delhi, India, on Oct. 4, 2018. (Anushree Fadnavis/Reuters)
Companies

NEW DELHI—Ford Motor Co. will stop making cars in India and take a hit of about $2 billion because it does not see a path to profitability in the country, becoming the latest automaker to leave the major growth market dominated by Asian rivals.

The U.S. carmaker entered India 25 years ago but still has less than 2 percent of the passenger vehicle market having struggled for years to win over Indian consumers and turn a profit.

Ford said in a statement on Thursday that it had accumulated operating losses of more than $2 billion in 10 years in India and demand for its new vehicles had been weak.

“Despite (our) efforts, we have not been able to find a sustainable path forward to long-term profitability,” Ford India head Anurag Mehrotra said in the statement.

Ford’s decision to cut its losses in India came after leaving Brazil earlier this year.

Ford’s decision follows other U.S. vehicle makers such as General Motors and Harley Davidson that have left India in recent years.

India was expected to become the world’s third-largest car market by 2020 after China and the United States with sales of some 5 million vehicles a year. Instead, sales have languished at about 3 million, still trailing Europe and Japan too.

India’s car market is dominated by low-cost, mainly small cars made by Japan’s Suzuki Motor Corp. Its Maruti Suzuki brand accounts for seven of the top 10 sellers with South Korea’s Hyundai Motor making the other three.

Ford has been escalating investment in electric vehicles (EVs) and advanced software. In May, it said it would boost spending on EVs by a third to $30 billion by 2030.

With so much on Ford Chief Executive Jim Farley’s plate since he took charge last year and limited financial resources, India was a lower priority, a source previously told Reuters.

As part of the plan, Ford India will wind down operations at its factory in Sanand in the western state of Gujarat by the fourth quarter of 2021 and vehicle and engine manufacturing in its southern Indian plant in Chennai by 2022.

Ford has the capacity to produce about 440,000 cars in India a year across both plants but is only using about 25 percent of that, according to data intelligence company Global Data.

The U.S. automaker will continue to sell some of its cars in India through imports and it will also provide support to dealers to service existing customers, it said. About 4,000 employees are expected to be affected by its decision.

The decision to stop production came after Ford and India’s Mahindra & Mahindra failed to finalize a joint venture partnership that would have allowed Ford to continue making cars at a lower cost than now but cease its independent operations.

Ford said it had considered several other options for India including partnerships, platform sharing, contract manufacturing, and the possibility of selling its manufacturing plants, a plan that is still under review.

Ford will continue to operate its engine factory in Sanand which exports engines for its Ranger pickup trucks globally. It will also continue to rely on India-based suppliers for parts for its global products.

India’s Federation of Automobile Dealers Associations said in a statement that it was shocked by Ford’s move, saying the U.S company’s decision only to compensate dealers who offer vehicle services to customers as well was “not enough”.

There are 400 Ford outlets in India where dealers over time have invested 20 billion rupees ($272 million), the association said in a statement, adding that the automaker had been appointing new dealers until as recently as five months ago.

“Such dealers will be at the biggest financial loss in their entire life,” it said.