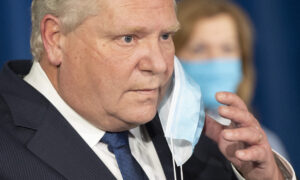 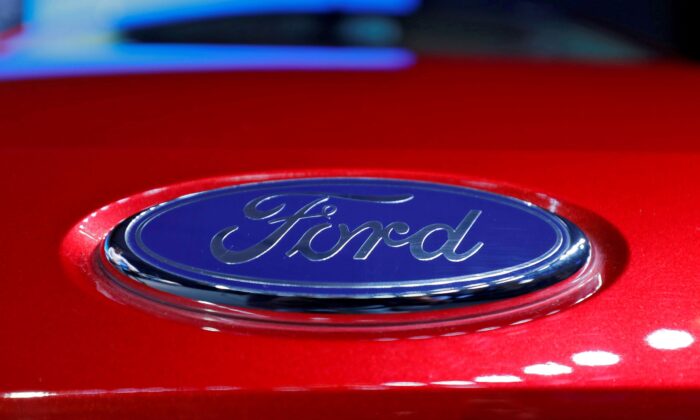 The logo is seen on the bonnet of a new Ford Aspire car during its launch in New Delhi, India, on Oct. 4, 2018. (Anushree Fadnavis/Reuters)
World

NEW DELHI—Ford Motor Co expects to firm up capital allocation plans for India in the second half of 2021, a senior executive said in an email to staff, as the automaker overhauls its strategy in a loss-making market.

Dearborn, Michigan-based Ford has tasked senior executive Steven Armstrong with evaluating investment plans for India in his new role as transformation officer, South America and India, the automaker said in a separate statement this week.

“We have a lot of work to do as we continue to assess our capital allocations in the market,” Dianne Craig, president of Ford’s International Markets Group (IMG), said in an email to staff on Wednesday, referring to India.

“While we expect to have an answer in the second half of this year, the appointment of Steven…will help focus our efforts and speed up the process,” she said.

IMG includes India, where the company employs more than 16,000, and 100 other markets.

Ford India head Anurag Mehrotra will report to Armstrong, who previously headed the Changan Ford joint venture in China and will take on his new role from May 1, the company said.

Confirming that the company expects to reach a capital allocation decision in the second half of the year, a Ford India spokesman said that the country is an important market and a source of global powertrains for its Ranger SUV.

Ford has said previously it will allocate capital consistent with its plan to generate consistently strong cash flows and achieve an 8 percent company adjusted EBIT (earnings before interest and tax) margin.

The automaker beat Wall Street’s first quarter profit estimate late on Wednesday, telling investors all its markets under IMG were profitable except for India.

CEO Jim Farley, who is overseeing an $11 billion global restructuring of Ford, wants to boost profits in India but the country is a lower priority than some other markets, sources told Reuters previously.

Ford is not the first western automaker to struggle to win over India’s frugal buyers and turn a profit in a market dominated by Suzuki Motor Corp’s and Hyundai Motor’s extensive line-up of mainly low-cost cars.

General Motors exited the domestic market in 2017 after 20 years, while Harley-Davidson Inc packed up last year after a decade of unsuccessful efforts to gain a foothold.

Ford entered India 25 years ago but has a less than 2 percent share of the passenger vehicles market in the world’s second most populous nation, where car penetration is lower than in the United States and China.

A tie-up with domestic automaker Mahindra & Mahindra, now called off, would have ended most of Ford’s independent operations in India but allowed it to launch new vehicles faster, at a reduced cost and with lower investment.

Ford will now need to pick vehicles from its global portfolio to sell in India, or develop new ones, a source said.

The joint venture would have also helped Ford tackle low plant utilization in the country, which remains one of its biggest problems, the person added.

Two years ago Ford used only around 60 percent of its total annual production capacity of 440,000 units across two Indian plants, with the pandemic reducing it to as little as 20 percent last fiscal year.