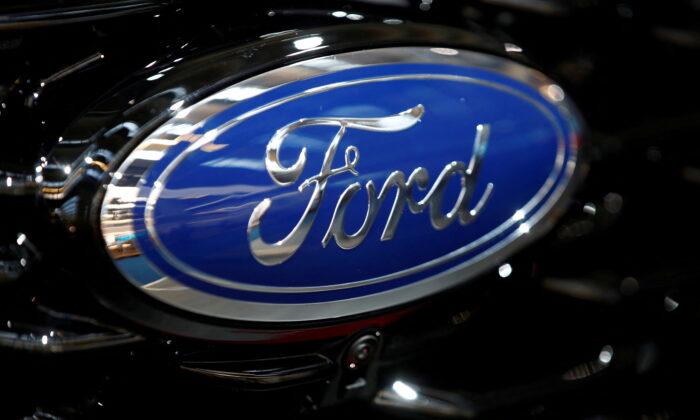 The Ford logo is pictured at the 2019 Frankfurt Motor Show (IAA) in Frankfurt, Germany in a file photo. (Wolfgang Rattay/Reuters)
Companies

Ford will stop taking new orders of its Maverick compact pickup truck until the summer due to the overwhelming demand for the vehicles, a spokesperson confirmed.

The decision comes as the auto industry faces a global microchip shortage, a supply chain crisis, and rising prices, driven in part by the COVID-19 pandemic, although the Michigan-headquartered Ford spokesperson did not cite any specific production issues with the Maverick.

“There’s been overwhelming demand for Maverick—both hybrid and EcoBoost,” said Ford spokesperson Mike Levine in a statement to The Detroit News.

“We’re making the decision to stop taking new retail orders on the 2022 Ford Maverick starting after January 27 to focus on existing orders. Customers may still be able to purchase a Maverick on the lot at their local Ford dealer. We’ll kick off ordering for the 2023 Maverick starting in the summer,” Levine said.

New vehicles sales in the United States hit an average price record high in December, reaching $47,077, according to Cox Automotive Inc, despite customers seeing a sharp price increase from the year prior.

Cox Automotive Inc warned that inventory levels of new vehicles continue to remain tight while consumer demand is still “sufficient” and dealers “continue to hold prices at or above the manufacturer’s suggested retail price.”

The Bureau of Labor Statistics reported (pdf) earlier this month that consumer prices rose by 7 percent in December 2021 from the same month in 2020, up from 6.8 percent in November 2021 and marking the third straight month that it exceeded 6 percent.

The Maverick’s affordability, with prices starting at around $20,000, might be one reason behind the demand for the vehicle as consumers look for less expensive options amid soaring prices, as well as more environmentally-friendly modes of transport too.

While Ford did not specifically say how many orders of the Maverick it has received, in August, the company’s CEO Jim Farley said on Twitter that it had received 100,000 reservations less than three months after the vehicle debuted.

Most of the reservations were coming from California, Texas, and Florida, Farley said.

Since it launched in October, Ford sold 13,258 Mavericks, according to December data from the Maverick Truck Club.

Inflation levels have risen to a 40-year high of 7 percent in the United States.

Despite this, some of the largest banks in the United States are still optimistic about the economic outlook for the nation this earnings season, driven in part by healthy consumer spending last year which was up from pre-pandemic levels.