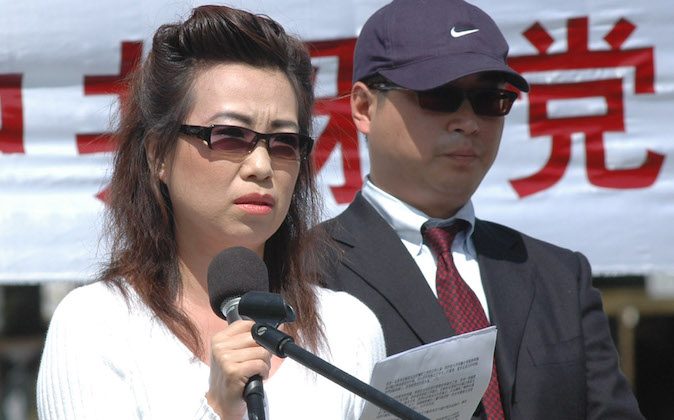 Whistleblowers Annie and Peter at a press conference in Washington, D.C., on April 20, 2006. It was their first public testimony about large scale organ harvesting atrocities in China. (The Epoch Times)
China Human Rights

Forced Organ Harvesting: Blowing the Whistle on a Brutal Crime

The crime of forced organ harvesting from living prisoners of conscience in China first came to light thanks to whistleblowers who knew about the illicit practice at the hands of the Chinese regime and decided to come forward despite the risks.

If not for their courage in speaking out, even more time might have passed before the world learned about the horrific abuse perpetrated by the Chinese state against innocent citizens.

Three key sources, two of them using the aliases Annie and Peter and another a military doctor in Shenyang, first approached The Epoch Times with information about organ harvesting in 2006.

Annie, whose ex-husband was a neurosurgeon at the Liaoning Provincial Thrombosis Hospital, relayed that her husband removed corneas from living Falun Dafa practitioners and that the victims’ bodies were thrown into incinerators after the surgery, sometimes while they were still alive.

Peter, a Chinese journalist, gave details about a detention facility in Sujiatun where organs were harvested from living Falun Dafa adherents.

The military doctor in Shenyang provided detailed accounts of massive secret military concentration camps in Shenyang and other regions where Falun Dafa prisoners of conscience were subjected to forced organ harvesting.

Speaking at a rally to raise awareness about organ harvesting in Washington, D.C., in 2006, Annie said, “If I don’t stand up, perhaps the other witnesses will not dare to stand up.”

Since then, other sources have come forward with accounts of the horrors they’ve witnessed.  In 2009, a man employed by the public security system of Liaoning Province gave a detailed account of witnessing a Falun Dafa adherent being cut open while alive in order to remove her organs.

This week, as part of our series on the Chinese communist regime’s torture methods and abuse against prisoners of conscience, we are putting the focus on whistleblowers of forced organ harvesting.

Featured are articles on Annie’s testimony, the former employee of the Chinese public security system, the Shenyang military doctor, and the story of a Toronto resident who, as a medical intern, witnessed organ harvesting from a prisoner in China. These articles and others can be found in the links below.