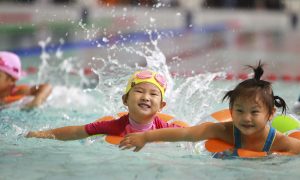 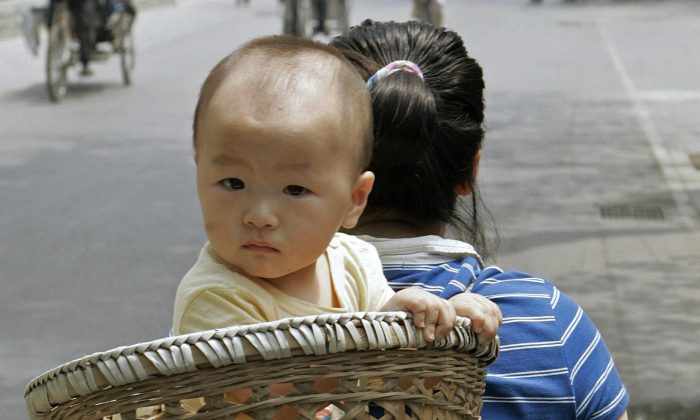 In this file photo, a baby is carried in a basket on his mother’s back on a street in Beijing, June 2007. Cadres in Shandong Province recently found a way to meet their forced abortion quotas and make money. (Peter Parks/AFP/Getty Images)
China

It’s a story as old as central planning itself: political leaders hand down quotas for underlings to meet, and those on the front lines inevitably end up faking data, committing fraud, and coming up with inventive ways of appearing to meet the demands.

Most recently in the Chinese county of Lanling, Shandong Province, this came in the form of abortion quotas: Officials involved in population control were told they needed to carry out a certain number of forced abortions—deeply tied up with China’s one-child policy—or else be fined. (Meeting the quota led to a reward of 1,500 yuan (nearly $250) and failure to meet it incurred a fine of 2,000 yuan.)

But what if there aren’t even enough women in the village with “illegal” pregnancies, required to carry out a coercive abortion?

This is where inventiveness comes in. The officials from Lanling County, and the villages in the county, figured out that they could simply outsource the work to brokers.

These middlemen would then purchase and bundle abortion certificates from other counties, and sell them to cadres in Lanling, who would hand them in to their superiors and be congratulated for an abortion well done.

The story was carried by Peng Pai, an online news website. Four village Party secretaries told the publication that they were each given an abortion quota of 0.4 percent—meaning that of 1,000 women in the area, 4 abortions needed to have been reported.

One party official had 1,500 in his village, making his quota 6. But there was only one woman in his village with an out-of-regulation pregnancy—her fetus was aborted, but he had to buy the other five abortion certificates from abortions that had already taken place at a community hospital elsewhere in the county.

“Originally, the abortion information from a single woman was about 2,000 yuan, but later it increased to 5,000 yuan, and finally over 10,000 yuan,” the Party official, given the pseudonym Mr. Xu, said. He decided the enterprise was absurd and attempted to resign, but was told he couldn’t do that until he met his quota.

The middleman obtained abortion certificates from women who actually got abortions willingly, and then prepared them by finding an unmarried man to sign a document certifying that he lived with the woman unmarried—prepared the papers, and gave it to the Party secretaries.

They were, of course, paid a commission from the bonus given the cadres.