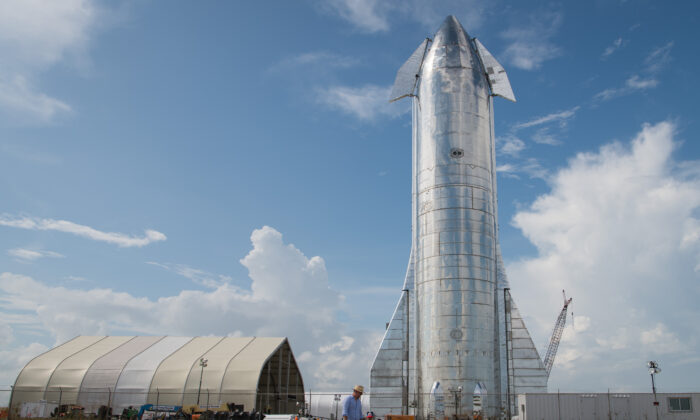 A rocket capable of establishing a permanent presence on the moon and Mars has been built for the first time in history, according to Elon Musk—the CEO of private space giant SpaceX and electric vehicle manufacturer Tesla Inc.

In a Tuesday tweet, Musk wrote that “for the first time ever, there is a rocket capable of establishing permanent bases on the moon and Mars.”

Musk’s message was referring to progress made on the construction of SpaceX’s Starship, a particularly large rocket meant to enable the human colonization of Mars.

The starship is meant to be a fully reusable, super heavy-lift launch vehicle and would be the world’s tallest and most powerful rocket so far with a height of 120 meters or 400 feet, a diameter of 9 meters or 30 feet, and a mass of 5,000 tons or 10 million pounds.

This starship is expected to be able to transport at least 100 tons or 220,000 pounds to low Earth orbit at once where it can be refueled by a tanker allowing it to deliver the same payload to Mars or the moon.

The remark followed a separate Tuesday tweet by Elon Musk pointing out that the “starship will be ready to fly next month.” He also said that he himself “was in the high bay & mega bay late last night reviewing progress.”