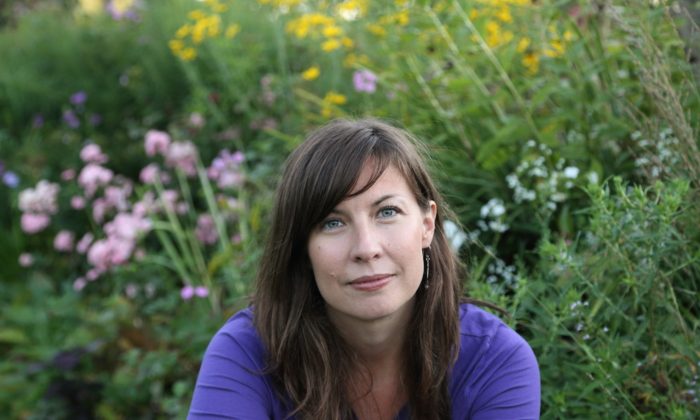 For Successful Business – Mum’s the Word

Successful business woman Lois Shannon had it all: In 1999 The Wall Street Journal named her one of the top 30 business women in Europe; she’d had executive careers in Apple Paris and Germany, and was now a partner in London firm Russell Reynolds Associates. But all was not well.

“I was always operating from a deficit, trying to prove my worth in business and feeling burned out because it was never going to be enough. I was in a vicious cycle, trying to lead from a defended place and never willing for others to see the real me,” she said.

Along with strong feelings of inadequacy – the “impostor syndrome” – she did everything she could to fit in. “I wanted to be as much like a man as possible. I thought this was because it helped me feel safe in a man’s world,” Lois said.

You can be feminine and lead.
— Bethany Webster, Transformative coach

The pace of her performance was unsustainable. Fuelled by fear she was miserable. “I excelled, I put everything into my career and I excelled as a workaholic,” she said. Lois applied the same zeal to motherhood, having three children in just four years. She jokes, “I did motherhood like I did business!”

Her proverbial wake-up call was the realisation her nanny was experiencing all the moments of motherhood she wasn’t. It was enough for her to quit her career and become a full-time mum, moving the family to the south of France.

Looking back Lois now realises her behaviour embraced masculine qualities in an effort to fit into the existing models of power and success. It was in France, far from the distraction of the career that validated her worth, and in a society she says doesn’t value motherhood, that she hit rock bottom and entered suicidal depression inherent to her maternal lineage. Then she discovered Bethany Webster.

“This work is what has allowed me to feel safe and secure in my own being, so that I could stop hiding and step more fully into leadership as a woman,” said Lois. With Bethany’s support, “I was able to give myself the acceptance and love that my mother never gave me.” This is the work of healing the “mother wound”.

I was afraid to share it, I was afraid people would freak out talking about mothers and daughters.
— Bethany Webster, Transformative coach

Bethany Webster knows the fear, shame, and embarrassment of admitting this wound. She’s been there herself. “I was afraid to share it, I was afraid people would freak out talking about mothers and daughters,” she said. She was right, but the freaking out was with resonance not fear. She waited three years before making her blog public, and in that year, 2012, her blog went viral with over 70,000 Facebook shares. “I had to write about it for my own soul, it was such a deep thing I went through [17 years healing], and when I finally had the guts to share it, it was incredible,” she said. The epiphany was she was not alone; women were ready to broach the taboo.

Bethany defines the mother wound as “the set of limiting beliefs, patterns, and painful dynamics women inherit from their mothers and the degree to which they negatively impact their ability to lead fulfilling lives as adult women”. But it is not about blame. And ultimately it’s not about your mother.

The way daughters are treated (or perceived to be treated) by their mothers forms the foundation for their sense of self, says Bethany. Patriarchal society also plays a role. “Mothers often pass this wound down unconsciously as a way to protect their daughters from a world that sees women as ‘less than’. These messages include things like ‘Don’t rock the boat’, ‘Don’t bring attention to yourself’, ‘Put others’ needs before your own’. These are precisely the messages that women must overcome in order to be effective leaders in the world, in order to bring forward unprecedented, new ideas and solutions that the world needs.”

Leading the Way: With Beauty, Confidence and Connection

Founded in 1997 the original conference spanned the weekend. At that time business leaders didn’t understand the value of adding personal transformation to business strategy that is at the core of the WIN ethos. Things have shifted. Multinationals feature prominently as attendees but Kristin is adamant it’s not about the corporate: the key is “widening people’s horizons to have different experiences”. Big businesses such as Shell and Hewlett Packard return as they’ve seen results: their employees come back energised with new ideas and ways of being.

WIN quotes Unilever’s CEO Paul Polmann as saying: “We need a new form of leadership based on deeper targets, more flexibility, and ability to collaborate. All qualities that lead us to the strength and natural leadership skills of women.”

The conference’s content is curated by a global team to present a different paradigm to what is going on in the world, business, and individual growth fields, embracing the feminine values of intuition, collaboration, and reciprocity.

Kristin found Bethany’s work after attending a 10-day leadership programme in the UK. There, all women uncovered different issues that were holding them back and all seemed rooted in their connection with their mother. While she recognises not all attendees will resonate with healing the mother wound, an important part of WIN is to introduce feminine values.

All these successful women would agree with Bethany: “You can be feminine and lead.” They seem to be living it. Women have broken through the glass ceiling, now they must contend with what Kristin describes as the “sticky floor” – our own issues that keep us stuck staying small.

“We can’t change the world unless we do some transformative work on ourselves,” Kristin says.