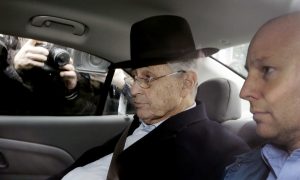 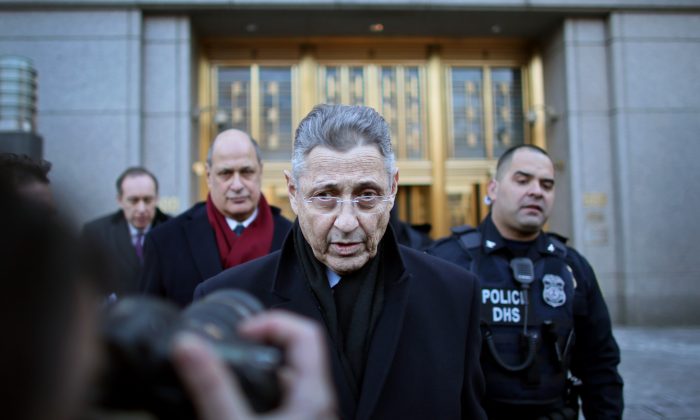 For Sheldon Silver, What Goes Around Comes Around

Sheldon Silver and John Liu have little in common, at first glance, beyond their status as New York politicians who have dealt with charges by the federal government.

Silver is the long-serving speaker of the NY State Assembly, an Orthodox Jew born and still living on the Lower East Side of Manhattan. Liu, an immigrant from Taiwan, served as a NY city council member from Queens and then city comptroller, then failed in runs for mayor and state senator.

The hidden factor in common: Both have served the needs of the communist regime in China.

Sheldon Silver: The Corrupt NY State Official Who Almost Got Away

Liu—to be precise—has not faced federal charges himself (yet), but two of his campaign aides were convicted of fraud in May 2013. The aides have connections to the Chinese regime, and Liu himself traveled to China in 2007, receiving an award from Party officials there. Such travel to China is always calibrated to meet the Party’s political needs in the public official’s home country.

Liu’s alignment with communist positions came to light in 2008 when he supported agitators in Flushing who were harassing and assaulting Falun Gong practitioners in the streets.

Falun Gong is a traditional Chinese meditation practice that has been persecuted by the Chinese regime since 1999. Falun Gong practitioners espouse and try to live by the principles of truthfulness, compassion, and tolerance—principles that are antithetical to communist ideology and objectives.

In contrast to Liu’s sometimes goofy and giddy flamboyance, Silver is all about being low-key. So Silver has never been heard voicing anything negative about a practice that teaches truthfulness, compassion, and tolerance.

But actions often speak louder than words. And Silver has been able to successfully silence the body of which he is in charge, the State Assembly, from making simple supportive statements for Falun Gong.

Volunteers for Falun Gong have reported several resolutions being introduced by various members mysteriously and unaccountably never reaching the floor for a vote. Sheldon Silver is the man with the power to decide whether resolutions reach the floor, and he has stopped every one.

The New York State Senate, in contrast, has passed resolutions in each of the past four years that commemorate World Falun Dafa Day in May. Legislative bodies in New Jersey, Pennsylvania, California, and at least 10 other states have passed similar resolutions recognizing the health and moral benefits that Falun Gong brings to their residents. Governors of New York and numerous mayors have issued proclamations supportive of Falun Gong.

Yet, when asked to allow the Assembly to say something good about the persecuted practice, Sheldon Silver has said “no.”

Such resolutions are known to produce fits from Chinese consular officials. Mayors and other U.S. officials have reported receiving pressure and veiled threats to not sign or to withdraw resolutions or proclamations that are positive about Falun Gong.

According to various estimates, as many as 100 million people practiced Falun Gong in China before the persecution campaign commenced in 1999. The regime instigated a brutal crackdown that has included torture, economic persecution, imprisonment in black jails and forced labor camps, and sometimes killing. Substantial evidence points to state-sponsored harvesting of organs from living Falun Gong practitioners, organs, which were sold for profit by communist officials and others.

When the facts emerge from behind the wall of censorship in China, the persecution of Falun Gong may well turn out to be the biggest genocide of the 21st century.

As an Orthodox Jew, Silver would be all-too-familiar with the big 20th-century genocide suffered by millions of Jews in Europe under the Nazis. One would think he would be sympathetic to efforts to acknowledge the dignity of people suffering this contemporary genocide under the Chinese Communist Party.

Taking bribes, as Silver is now accused of doing, is illegal.

On the other hand, it is clearly not illegal for a State Assembly speaker to block a resolution that supports people of belief that also implicitly criticizes their persecutors.

But is it immoral? When those in positions of public trust fail, when given the opportunity, to give voice to those who are wrongly and viciously persecuted for their beliefs, what can befall them?

John Nania is editor-in-chief of the Epoch Times English-language editions.