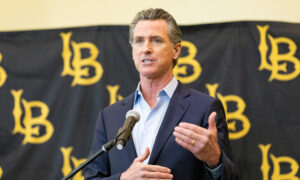 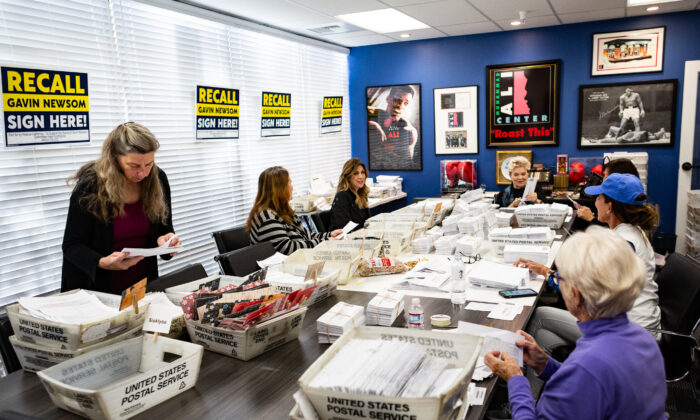 A formidable task lies ahead for the ballooning number of candidates aiming to run against Gov. Gavin Newsom in California’s upcoming recall election: How do they reach the state’s 22 million voters as quickly and effectively as possible?

One obvious answer—social media—is only part of the overall strategy.

“A recall election happens during a compressed period of time, giving candidates less time to get their message out and build a coalition,” media consultant Matt Dobler told The Epoch Times.

Dobler has worked on many campaigns, and is currently consulting for candidate Sam Gallucci, a pastor from Oxnard. The consultant said in an email that there would potentially be hundreds of candidates to fill Newsom’s position.

“In a normal election, you have to get just over 50 percent of the vote to win, [but] in a special [election], you can win with significantly less than 50 percent,” he said.

The Epoch Times spoke with three campaign consultants and two candidates regarding the best ways to reach voters. They all acknowledged that outreach through social media platforms is important, but said connecting with voters in person is essential.

“It’s [about] touching local people and shaking their hands,” candidate Grover Coltharp told The Epoch Times. “I think that’s been most successful for me.”

Since the start of his campaign, Coltharp, a former police officer, has been traveling around the state in a large blue bus.

“It’s funny, because now all these other [candidates] have buses, but I’ve had this thing since the beginning. I bought it for my family,” he said with a laugh.

Coltharp, who helped collect petition signatures for the recall, estimates some of his most successful exposure has resulted from attending Make America Great Again, American Patriot, and boat rallies.

“That’s how I meet people and find out what they’re looking for,” he said, noting that he’d been “up and down” the state, from San Diego to Redding. “It’s been fun.”

Coltharp said he receives a number of messages through his website from folks who want yard signs or offer to volunteer. But he’s still unsure how his name has managed to reach as many voters as it has.

“It’s obviously working,” he said, referring to his in-person approach. “I just don’t know how it’s working, but it’s working.”

Ryan McCormick is a publicist for candidate Major Williams’s campaign. He recognizes that the absence of person-to-person connection is perhaps the most significant weakness of social media outreach.

“These platforms … don’t present a true picture of a candidate that you would get if you saw them in person,” McCormick told The Epoch Times in an email. “Major [Williams] is meeting people face-to-face every day … by personally traveling all throughout the state.”

On the other hand, McCormick said social media campaigns allow candidates to rapidly engage with millions of people. In addition to attracting over 175,000 followers on Instagram, Williams has participated in interviews with local media outlets. Soon, he’ll launch a weekly podcast where he conducts a dialogue with Californians.

Dobler agreed that “social media is clearly a way to communicate with voters,” and said it would be a large part of his candidate’s campaign.

“California has a unique population,” he said. “[It’s] the most diverse state in the country, which means it’s difficult to reach Californians with a message meaningful to them.”

Dobler said that one of his candidate’s strengths is, as a pastor and businessman, he enters the race with “a built-in audience to hear his solution to today’s problems.”

“More people get their news and information from social media … now than ever before,” Dobler said, noting that Instagram, in particular, is an ideal way for his candidate to demonstrate his experience.

While social media outreach has some undeniable strengths, others claim that some platforms have posed a hindrance.

“There’s such disruption in that world right now because of the craziness and the censoring on different platforms with different messages,” campaign consultant John Peschong told The Epoch Times.

“There’s gonna be a lot of real strong messaging online, but … we still have probably four or five months before the recall. So give me three months, and I’ll be able to tell you where we’re going,” he said. “It’ll be interesting to see when you start to draw contrast where the censorship is.”

Coltharp, who is currently a consultant for former U.S. Rep. Doug Ose, said his campaign’s biggest problem at the beginning “actually was Facebook.”

“Facebook shut off all political candidates. I had some professional videos made up and we couldn’t even use them. They wouldn’t let us advertise,” he said.

That changed in April, when the platform began allowing him to post his videos, Coltharp said.

Candidate Diego Martinez said Facebook also limited his entries. The tech giant wouldn’t allow him to create a page that included both his name and the year 2022. His current Facebook page reads “Diego Martinez for Governor 2020 Unofficial,” which the platform permitted.

Martinez said his campaign relies on a hybrid approach.

Martinez said he was shocked when his first interview on a podcast received more than 11,000 views over several weeks.

“Now I’m on two or three podcasts a day, live, talking to different people,” he said.

Martinez has self-funded his campaign since it began last March. Like Coltharp, he attends as many rallies as possible to raise awareness about his candidacy—sometimes three or four in one day.

“I can’t afford the big ads,” he said. “I can’t afford to go on television. They charge you two grand. [I’m] like, man, that two grand would last me two months to go up and down California.”

“On a campaign like this, it would have been great if we had had two years heads-up to be able to organize, but it’s a scramble to organize. We’re just coming off an election, and people feel tired, and volunteers feel like they gave it everything they had on the last cycle,” Peschong said.

He also noted that energizing people is “going to be one of the toughest things.”

“I think we’re gonna have the opportunity to really motivate people and try to keep them informed of what’s going on with campaigns” by talking about issues and ideas, he said.

“Recall elections can be exciting and unpredictable. They don’t happen too often, and I personally think that they draw some people’s interest that normally wouldn’t vote,” McCormick said.

Though the exact date of a recall election vote remains uncertain, it would likely take place in the fall, after the remaining required steps in the process are fulfilled.