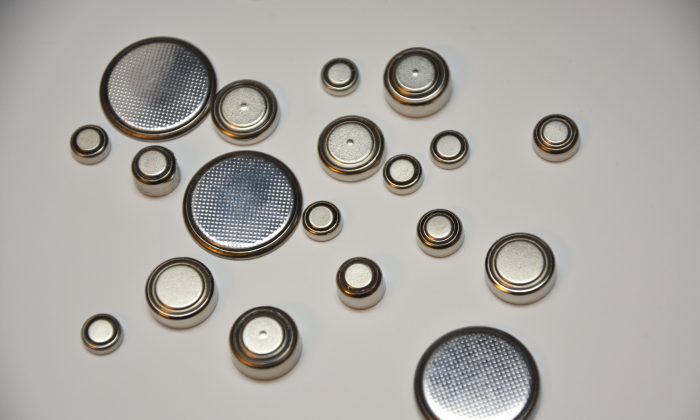 If you add quantum dots to a smartphone battery it will charge in 30 seconds, but the effect only lasts for a few recharge cycles. Making the quantum dots out of iron pyrite—also known as fool’s gold—however, can produce batteries that charge quickly and work for dozens of cycles.

The research team headed by Cary Pint, assistant professor of mechanical engineering at Vanderbilt University and led by graduate student Anna Douglas became interested in iron pyrite because it is one of the most abundant materials in the earth’s surface.

It’s produced in raw form as a byproduct of coal production and is so cheap that it is used in lithium batteries that are bought in the store and thrown away after a single use.

Despite all their promise, researchers have had trouble getting nanoparticles to improve battery performance.

“Researchers have demonstrated that nanoscale materials can significantly improve batteries, but there is a limit,” Pint says. “When the particles get very small, generally meaning below 10 nanometers (40 to 50 atoms wide), the nanoparticles begin to chemically react with the electrolytes and so can only charge and discharge a few times. So this size regime is forbidden in commercial lithium-ion batteries.”

Aided by Douglas’ expertise in synthesizing nanoparticles, the team set out to explore this “ultrasmall” regime. They did so by adding millions of iron pyrite quantum dots of different sizes to standard lithium button batteries like those that are used to power watches, automobile key remotes, and LED flashlights.

They got the most bang for their buck when they added ultrasmall nanocrystals that were about 4.5 nanometers in size. These substantially improved both the batteries’ cycling and rate capabilities.

The researchers discovered that they got this result because iron pyrite has a unique way of changing form into an iron and a lithium-sulfur (or sodium sulfur) compound to store energy. “This is a different mechanism from how commercial lithium-ion batteries store charge, where lithium inserts into a material during charging and is extracted while discharging—all the while leaving the material that stores the lithium mostly unchanged,” Douglas explains.

“Instead of just inserting lithium or sodium ions in or out of the nanoparticles, storage in iron pyrite requires the diffusion of iron atoms as well. Unfortunately, iron diffuses slowly, requiring that the size be smaller than the iron diffusion length—something that is only possible with ultrasmall nanoparticles,” Douglas explains.

A key observation of the team’s study, published in ACS Nano, is that these ultrasmall nanoparticles are equipped with dimensions that allow the iron to move to the surface while the sodium or lithium reacts with the sulfurs in the iron pyrite. They demonstrated that this isn’t the case for larger particles, where the inability of the iron to move through the iron pyrite materials limits their storage capability.

Pint believes that understanding of chemical storage mechanisms and how they depend on nanoscale dimensions is critical to enable the evolution of battery performance at a pace that stands up to Moore’s law and can support the transition to electric vehicles.

“The batteries of tomorrow that can charge in seconds and discharge in days will not just use nanotechnology, they will benefit from the development of new tools that will allow us to design nanostructures that can stand up to tens of thousands of cycles and possess energy storage capacities rivaling that of gasoline,” says Pint. “Our research is a major step in this direction.”