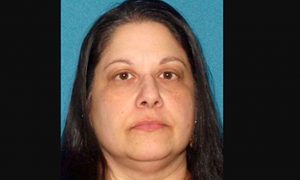 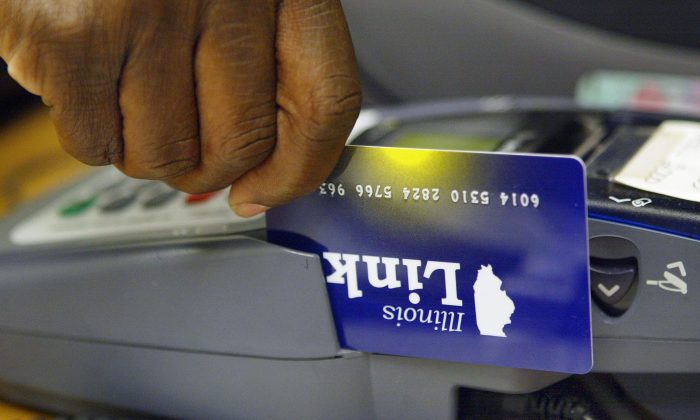 Food stamps overseers report a mere 1.5 percent fraud rate in the program, but that’s flawed and deceptive, according to a report by the Government Accountability Institute (GAI).

GAI personnel interviewed about two dozen federal and state fraud investigators, and discovered that none of them believed the low figure.

Food stamps, officially called the Supplemental Nutritional Assistance Program (SNAP), give some 39 million low-income Americans about $150 a head for food and other necessities every month. The program cost more than $68 billion in 2017.

The program is administered by the Agriculture Department’s Food and Nutrition Service (FNS). And it was FNS that “has hidden systemic fraud and allowed large-scale waste and abuse to go unabated for years,” the conservative think tank stated (pdf).

An entire room of some 300 fraud investigators “erupted in laughter” when a senior FNS official referred to the one percent fraud rate at a conference held by the United Council on Welfare Fraud, the GAI report said.

“The real rate of fraud … is undoubtedly much higher,” said GAI President Peter Schweizer in a statement to The Epoch Times. “Pinning down a definitive total is difficult, but it’s safe to say that it’s well into the billions.”

There are several ways people abuse SNAP. Some lie about their income or the number of people in their household to get higher benefits. Others exchange the benefits for cash. In the latter case, the beneficiary would, for example, pretend to buy $50 worth of groceries. The store owner would give the beneficiary $25 in cash, charge $50 to the government, and pocket the difference.

In many states, investigations by both law enforcement and media have uncovered common SNAP fraud in small grocery stores.

In 2017, 12 store owners were indicted in Florida for siphoning $20 million from the SNAP program—the biggest bust in its history.

“You can go into just about any one of these corner stores and sell your food stamps for 50 percent of the value,” a small store owner in Philadelphia, who stopped accepting SNAP, told WTXF in 2017. “If 10 people come in here with a SNAP card, eight of them want to sell me their food stamps the other two want to use them.”

Prosecutors have uncovered cases where fraudsters used taxpayer dollars extracted from SNAP to buy drugs, arms, and even to fund terrorists overseas, including Al-Qaeda.

States are mostly responsible for discovering the fraud, but it’s a waste of money for them, according to the GAI.

SNAP is set up in such a way that if money is saved thanks to uncovering fraud, most is retained by or returned to the Treasury. Additionally, states get federal grants for making SNAP more accessible, processing SNAP applications the fastest, and delivering benefits with the greatest payment accuracy and fewest errors.

“A state’s financial interest is better served by shoveling out food stamp benefits rather than fighting waste and fraud in the program,” the report states.

Moreover, there are too few fraud investigators to probe all potential transgressions.

Florida’s responsible agency, the Division of Public Assistance Fraud, received nearly 24,000 suspected fraud referrals in fiscal year 2017, but investigated fewer than 2,000 of them, the report stated.

Some states are doing better. New Jersey had about 1,500 households on SNAP per investigator in 2013.

But even when the investigators detect potential fraud, they have to prove the actors committed it intentionally.

If the investigators discover, for instance, that somebody reported false income and thus inflated their benefits, “an applicant may simply deny wrongdoing and what may otherwise be fraudulent activity is classified as an improper overpayment,” the report said.

Such an overpayment is then labeled an “inadvertent household error” (IHE) and doesn’t count toward fraud statistics.

The evidence for fraud and intent needs to be so strong that “right now it is easier to arrest a recipient than to disqualify them from SNAP,” said Mike Carroll, Florida secretary of Department of Children and Families, during a 2016 congressional testimony.

Thus, most of IHEs “involve willful attempts to take advantage of SNAP and are not in fact honest mistakes,” GAI learned after interviewing two dozen state-level investigators.

In addition, if the government clerk issuing SNAP “could have or should have known” that an applicant was committing fraud, the clerk would then be blamed, not the recipient. The incident is then labeled an “Agency Error.” California reported over $121 million in Agency Errors in fiscal 2015, the report stated.

Not only is the fraud masked as an error, but the error is sometimes masked too.

Because the FNS gives states bonuses for low error rates, at least some states falsified their error data. Shortly after the change of administration in 2017, a cover-up reaching back to at least 2010 started to come to light. Virginia, Wisconsin, and Alaska were forced to pay back to the federal government a total of about $16.6 million they previously received for their fraudulently low error rates.

What Would GAI Do?

“Reforming the program’s rules and enforcing them should provide significant savings from reduced fraud and theft,” the report states in conclusion.

The Department of Agriculture didn’t respond to a request for comment.

Update: The article was updated with comments from Peter Schweizer, president of the Government Accountability Institute.