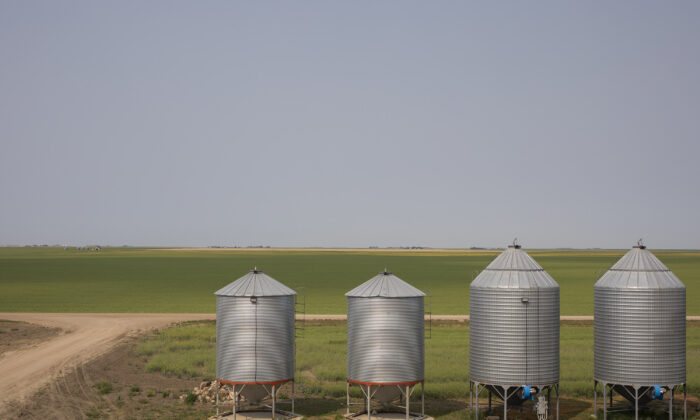 Issues facing Canada’s food system may not capture headlines in the election campaign, but the pandemic’s effect on prices and supply chains have nevertheless thrust them into the public eye. The agriculture sector also has the potential to kickstart Canada’s economy given the expertise and natural resources at hand.

Some of the political parties are proposing various forms of national food policies and trying to deal with food insecurity. Inadequate access to food due to financial constraints—which increased significantly during the pandemic—affects one in seven Canadians, according to the Liberals’ platform.

Leading agri-food expert Sylvain Charlebois, a Dalhousie University professor and senior director of the Agri-Food Analytics Lab at the university, told The Epoch Times that people are much more aware during this election campaign about supply chain limitations and their effect on food prices.

He also said there’s so much more Canada can do with its agricultural sector beyond just feeding Canadians.

“The more we trade with the rest of the world, the more likely we’re able to actually make sure affordability is not an issue in Canada, because you build economies of scale, you add value to your own commodities. … That’s something that we really haven’t appreciated all that much until now,” Charlebois said.

Canada should export at least $75 billion in agri-food products by 2025, up from $55 billion in 2015, proposed the 2017 federal budget, based on recommendations from the second “Barton report”—referring to when Dominic Barton, now Canada’s ambassador to China, headed the government’s Advisory Council on Economic Growth. That report, released in 2017, identified agriculture as one of Canada’s critical sectors with “potential for substantial growth and export improvement.”

That $75 billion would roughly double Canada’s export share in a decade, said the Canadian Agri-Food Policy Institute in 2018.

The Conservatives have provided the most detailed platform, including strategies for more robust food security and dealing with economic challenges for farmers impacted by trade agreements. Their proposals aim to deal with labour shortages in the agriculture industry and target job and export growth.

One part of the food supply chain the Conservatives highlighted for change is special fees and fines imposed on farmers by certain retailers. They propose establishing a grocery supply code to keep food prices affordable.

“What Mr. O’Toole suggested is a ‘code of conduct’—to actually install supply chain discipline. So it’s actually part of his platform, which is really important,” Charlebois said.

“The code of conduct to me should be a priority just to make sure that processors and farmers are all well protected.”

The Liberals propose cracking down on food wastage from farm to table. The fund they plan to create aims to help the various participants along the food supply chain “commercialize and adopt ways to eliminate, reduce, or repurpose food waste.”

The NDP proposes a whole-of-government approach to investing in agricultural communities in each region, along with a national food waste strategy and a national food policy. The latter would include initiatives like labelling and traceability.

Like the Conservatives, the New Democrats aim to help indigenous communities strengthen their food security and sovereignty, making them more self-sufficient.

The Green Party’s’ first ask of the agriculture sector is to reduce emissions. In their platform released Sept. 7, they also championed farmers and small and medium enterprises “to transition away from the industrial model controlled by large agri-business and toward locally and regionally based, ecologically sound, and humane agriculture and food systems.”

Food policy does not feature prominently for the People’s Party of Canada, which has mainly criticized supply management as a system that keeps consumer prices high. The party wants to phase it out “over a number of years.”

In its election priorities, the Canadian Federation of Agriculture (CFA) mentioned insufficient funding for farmers, increased costs due to the carbon tax, and lack of infrastructure investments.

Its recommendations include addressing trade barriers and the support competitors get as well as supply chain and other disruptions.

Given the focus on the environment, the CFA wants farmers to be compensated for environmentally beneficial practices and says “farmland is a natural climate solutions provider.” The CFA proposes carbon tax exemptions and offsets for activities that mitigate emissions.

Charlebois says food price inflation is a bigger problem than the numbers Statistics Canada puts out. He says the national agency tends to underestimate food inflation in general.

“StatsCan is only one indicator, and frankly I’m very concerned about how they report numbers on food inflation,” he said.

His concerns relate to the lack of transparency around how Statistics Canada gets its data.

The other manifestation of inflation, Charlebois says, is “shrinkflation,” where retailers sell reduced quantities at the same price.

Food price inflation actually predates the pandemic, according to the International Monetary Fund (IMF), and globally, food prices for producers have hit multi-year highs. Reasons for the trend, said the IMF, include lockdowns in early 2020, supply chain disruptions, and soaring shipping and transportation costs.