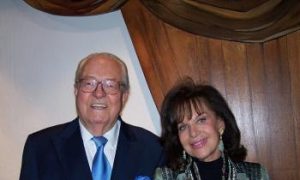 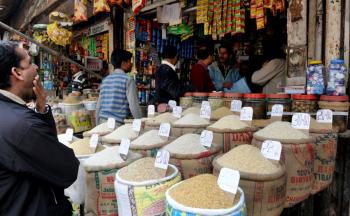 “Global food prices are rising to dangerous levels and threaten tens of millions of poor people around the world,” said World Bank President Robert B. Zoellick in a statement. “The price hike is already pushing millions of people into poverty, and putting stress on the most vulnerable, who spend more than half of their income on food.”

The bank's food pricing index increased 15 percent between October 2010 and January 2011, driven by the price of grains such as wheat and corn; the price is up 69 percent and 86 percent over the last 12 months, respectively.

The World Bank says that rising food prices have driven more than 44 million people globally into poverty in developing countries since June 2010.

Experts are divided on what is causing the increase in food prices. Typically, inflation across economies has been the main culprit, but inflation in many major economies is still not at pre-recession levels.

Tim Searchinger of Princeton University in a column last week in the Washington Post suggested that the high prices of corn are directly due to the biofuels industry, specifically corn-derived ethanol and biodiesel, which is made from vegetable oil. Searchinger estimated that the biofuel industry sucks up 6.5 percent of the world's grain supply.

Another factor that has increased the price of grains is bad weather impacting harvests around the world. Heat waves, droughts, and flood are becoming more common in many regions—last year, a devastating heat wave in Russia impacted its 2010 grain harvest.

Traders have long bet that food prices are going up, and retail investors have multiple options to profit on rising food prices with the amount of commodity-based exchange-traded funds (ETFs) available on the market.

One of the most popular ETFs to track the price of corn is the Teucrium Corn Fund (NYSE Arca: CORN). The ETF has risen nearly 73 percent over the last 12 months, and analysts expect the fund to continue to soar as demand for corn increases.

For investment in grains, there's the iPath Dow Jones-UBS Grains Subindex Total Return ETN, an exchange-traded note (NYSE Arca: JJG). The note has increased in value by 53 percent over the last 12 months.

Investors wishing for a more diversified investment into the agriculture market can take a look at the PowerShares DB Agriculture Fund (NYSE: DBA). Investors of DBA have access to futures contracts related to 11 agriculture commodities. In the last 12 months, DBA has increased in value by 35 percent.