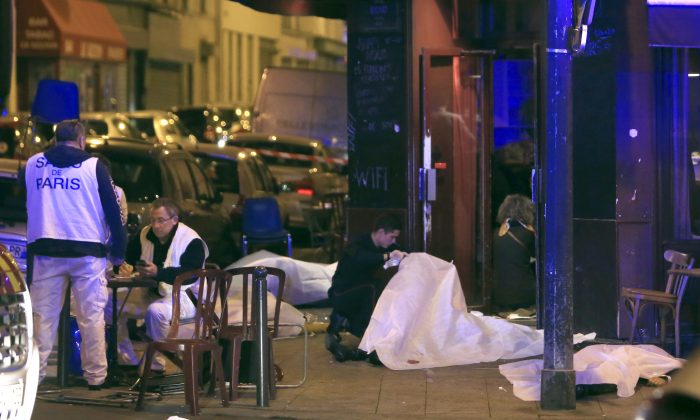 The Washington, D.C. police chief says citizens should take matters into their own hands if they spot ISIS attackers like the ones that killed 130 people recently in Paris.

Cathy Lanier said that people with guns who spot terrorists trying to kill should take them down.

“If you’re in a position to try and take the gunman down, to take the gunman out, it’s the best option for saving lives before police can get there,” Lanier said on 60 Minutes on November 22.

She said her comments were not meant to strike fear in citizens but to prompt people to be more aware of their surroundings.

However, Lanier noted that there are other options–running or hiding. “I always say if you can get out, getting out is your first option, your best option,” she said. The Department of Homeland Security says those are the best options, with fighting being a last resort.

People should call 911 as soon as possible, have an escape route and plan in mind, and help others escape, the department said. The second-best option is to hide in an area out of the shooters view, preferably behind a locked door. If forced to fight, “attempt to incapacitate the shooter” and “improvise weapons or throw items at the active shooter,” the department said.

Other officials around the country have also advised American citizens to be ready in case they’re confronted with terrorists, or even an individual shooter.

“Consider taking a certified safety course in handling a firearm so you can defend yourself until we get there,” said David Clarke, the sheriff of Milwaukee County in Wisconsin, at a recent National Rifle Association convention. “You have a duty to protect yourself and your family.”