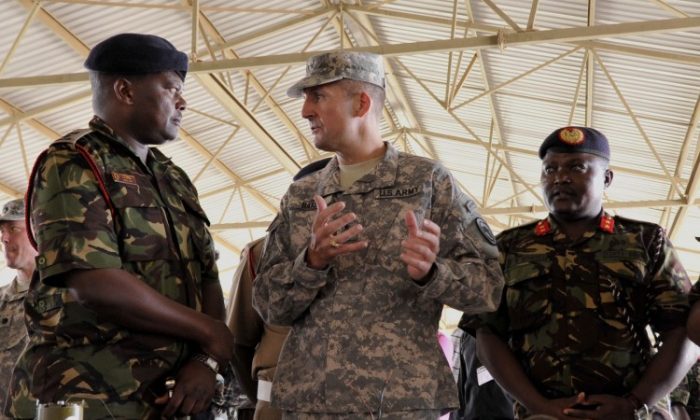 Recent terrorist attacks in Africa, coupled with the brewing conflict in Mali, have given U.S. leaders a call to action. In response, the United States has reaffirmed its commitment to uproot terror cells in the region, and is increasing efforts to train and unify African militaries to address the problem locally.

Al-Qaeda in the Islamic Maghreb (AQIM) is the main culprit behind the recent terrorist attack, including the attack in Algeria that left 37 hostages dead. The group is also among the Islamist fighters in Mali and is linked to the Sept. 11 attack on the U.S. Embassy in Benghazi, Libya.

During interviews with CNN and NBC on Feb. 3, Defense Secretary Leon Panetta said that the United States will work with partner nations to contain terrorist organizations in the region, noting that AQIM in particular is still a problem in the Middle East and North Africa.

“We were always aware that there was AQIM [there]. Now we’re focused on AQIM as a result … of the French action, but we were also anticipating that we would have to move into North Africa,” Panetta said, according to the Pentagon’s American Forces Press Service (AFPS).

Terrorist groups, meanwhile, have threatened to attack Western countries, including the United States and France.

On Feb. 22, Mohammed al Zawahiri, the younger brother of al-Qaeda emir Ayman al Zawahiri, said “France lit the fire, it started the war and if this continues, the first to burn will be Western people,” during an interview broadcast by Euronews, The Long War Journal reported.

According to Max Abrahms, terrorism researcher and fellow at John Hopkins University, while al-Qaeda and its affiliates have been severely weakened, “When a terrorist says they will attack a country, I think we really need to listen.”

He said that the threat against the United States was likely legitimate, “but with the violence spilling out of the Maghreb, it’s more likely to fall on France.”

“Many of the immigrants from France, beginning in the 1960s, come from Algeria.” Abrahms said, adding, “France has been much more involved in military operations in the Maghreb than the United States has been.”

The U.S. approach to dealing with al-Qaeda and other terrorist groups will likely fall on the shoulders of the U.S. mission in Djibouti. The small country is at the southern entrance to the Red Sea, just 20 miles across the strait from Yemen and on the northwest corner of Somalia, and the base there is home to one of the major U.S. operations in Africa.

“Soon after the 9-11 attacks, the United States recognized the strategic importance of Djibouti and with cooperation from the country’s government established Combined Joint Task Force–Horn of Africa as part of the U.S. Central Command,” states a report from AFPS.

One year after the formation of U.S. Africa Command (AFRICOM) in 2007, the command took over operations in Djibouti as well as the 1,800 U.S. troops that are part of Combined Joint Task Force–Horn of Africa (CJTF–HOA).

The key function of the mission in Djibouti is not fighting, however. Rather, its main purpose is to train the militaries of other African nations.

According to AFPS, the approach “can be done at a fraction of the cost of what it would cost if the United States fielded its own troops in the region,” and U.S. Army Maj. Gen. Rob Baker, commander of CJTF–HOA, told AFPS that it “is exactly consistent with the chairman’s Joint Force 2020 vision of small footprint, low visibility, low cost.”

“It’s one of the best examples we have in our government of what happens when the State Department and DOD cooperate on a joint venture,” Baker added.

The base works with U.S. embassies in the region to coordinate training, which includes everything from marksmanship to training commanders and countering insurgents.

The other main function of the base—thanks to a second operational order from AFRICOM—has placed Baker in charge of defeating al-Shabaab and al-Qaeda in East Africa, AFPS reported.

“We do that in different ways, first by training East African militaries to be successful when they fight in Somalia, and second, we do it by sharing information with our partners in the region,” he said.

Department of State spokeswoman Victoria Nuland said during a Jan. 22 press briefing that 700,800 troops from several African nations were moving in to help take back Mali. Nuland said that the troops were “further to the support that we have been offering both in terms of training, pre-deployment, sustainment, [and] lift.”