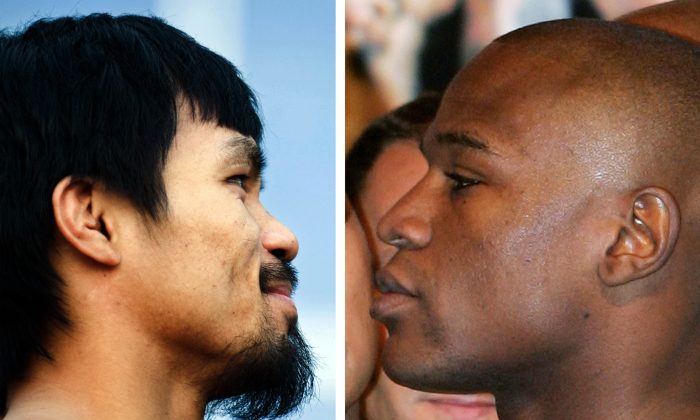 Floyd Mayweather Jr. and Manny Pacquiao will fight at some point–though a date certainly hasn’t been set–according to Pacquiao’s strength and conditioning coach.

Justin Fortune worked for six years with Pacquiao until the Jorge Solis fight in 2007, when he stopped and opened his own gym. Clients include mixed martial arts fighter Renata Sobral of Brazil, unbeaten superfeatherweight Will Tomlinson of Australia, and International Female Boxing Association bantamweight queen Bridgett (Baby Doll) Riley.

Now Fortune is back working with Pacquiao, ahead of the Filipino fighter’s bout with Timothy Bradley.

Fortune told the Philippine Star that a fight between his fighter and Mayweather will have to happen at some point.

“As far as I’m concerned, Mayweather can’t go around saying he’s the best until he fights the best and for me, Manny’s the best,” said Fortune.

Speculation about the fight is that is Pacquiao beats Bradley–who has never been beaten–he’ll go after Juan Manuel Marquez later this year.

If he also wins that fight, then “Mayweather won’t be able to avoid the ultimate showdown that the whole world is waiting for,” the Star says.

“It will be the fight of the century with both fighters expected to earn at least $50 Million each on condition they keep winning from now until then.”

The pair were supposed to face off in March 2010 in a fight labeled the “fight of the century,” but disagreements between representatives of both fighters reportedly prevented the bout from happening.

After Mayweather retired from boxing in 2007, Pacquiao earned a superstar status by beating Oscar De La Hoya and Ricky Hatton. Mayweather came out of retirement to beat Juan Manuel Marquez, and after that win it looked like him and Pacquiao were finally going to face off. But apparently botched negotiations fell through and no fight ever happened.