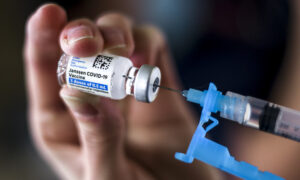 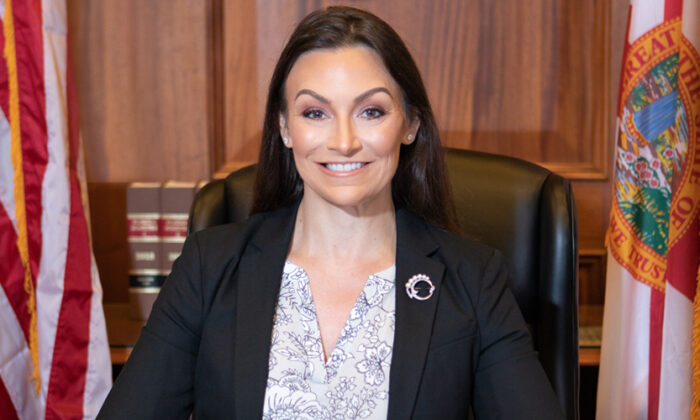 The head of Florida’s agriculture department on June 1 announced her candidacy for the governorship of the Sunshine State, challenging first-term Gov. Ron DeSantis (R).

Florida Agriculture Commissioner Nikki Fried was widely expected to run for the governorship. Fried announced her run on Twitter on Tuesday before an interview on The ReidOut.

“I’m Nikki Fried and I’m here to break the rigged system in Florida. It’s corrupt. It’s anti-Democratic. And it’s time for something new,” Fried said in a video announcing her candidacy.

“We can build a state that gives power back to you, an economy that rewards hard work with prosperity, not poverty or stagnation.”

Fried was neck-in-neck with DeSantis in a poll conducted in late March. In early March, she outperformed another top Democratic contender, Rep. Charlie Crist (D-Fla.) in head-to-head polls when matched against DeSantis.

A native of Miami, Fried received a Master’s degree in political campaigning before earning a law degree. She briefly worked as a corporate lawyer, but, unhappy about the work, moved on to become a public defender.

In 2018, she ran for the seat of the state’s agriculture commissioner on a platform of expanding access to medical marijuana. Fried defeated Republican Matt Caldwell by an extremely narrow margin.

Upon taking office, Fried caused controversy by redesigning the agriculture department’s gas pump stickers, which usually feature the name of the current commissioner, to feature a full-color photograph of herself. Republicans in the state legislature responded by enacting a law that prohibited the practice. The stickers were quickly replaced.

DeSantis is riding a wave of legislative success, passing a lengthy wish-list of conservative legislation on issues ranging from Big Tech censorship to vaccine passports. He has drawn national attention for his science-driven and defiant approach to handling the COVID-19 pandemic.

In Florida, the Department of Agriculture and Consumer Services handles gun licensing. In 2019, she penned a gun control bill that did not pass in the legislature.

In the debut campaign ad, Fried describes herself as having been underestimated throughout her career.