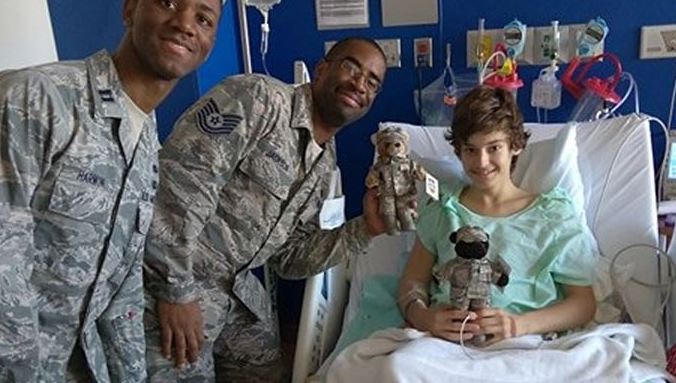 Florida Teenager Initially Diagnosed With Flu Finds out He Has Cancer

A Florida teenager who was initially diagnosed with the flu discovered that he actually has cancer.

Hunter Brady, 16, of Tampa, went to the pediatrician in November after experiencing shortness of breath and fatigue.

The pediatrician told him he likely had the flu.

The family returned when the symptoms got worse but the clinic told them that Brady was likely having an allergic reaction to the medication, according to YouCaring. The pediatrician said that the family should have their son stop taking the medication and “let the virus run its course.”

Several weeks later, things had gotten even worse, so Brady’s parents took him to the emergency room.

“We weren’t aware at the time his right lung was collapsed and his left lung was 30 percent collapsed he was having trouble breathing,” Hunter’s mom, Cheryl Brady, told WFTS.

In January, a barrage of tests led to the diagnosis of Hodgkin lymphoma.

He has since had a blood transfusion, a bone marrow biopsy, and surgeries to drain the fluid from his lungs and heart.

According to the American Cancer Society, Hodgkin lymphoma is a type cancer that starts in white blood cells called lymphocytes.

The cancer can start almost anywhere in the body, although it typically starts in the lymph nodes in the upper part of the body such as the chest or neck.

“Hodgkin lymphoma most often spreads through the lymph vessels from lymph node to lymph node. Rarely, late in the disease, it can invade the bloodstream and spread to other parts of the body, such as the liver, lungs, and/or bone marrow,” the society stated.

Brady is receiving help through the YouCaring fundraiser set up for him and more than a dozen of his classmates shaved their heads in support. Some family members have as well.

Brady is set to undergo several more rounds of chemotherapy and radiation treatment in an effort to defeat the cancer.

“Everybody else’s support helped me get this far. Without them, I don’t know where I’d be. I just know I gotta keep staying strong,” Brady told WFTS. “I’m doing good I’m going to beat it, I ain’t giving up.”