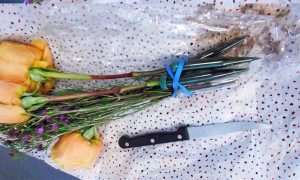 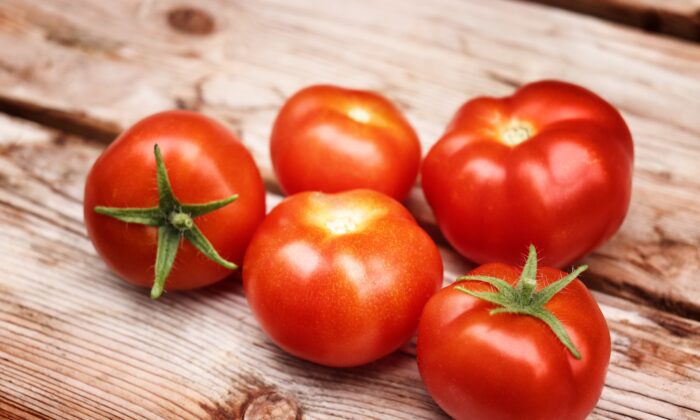 Tomatoes in a stock image. (Karen Stahlros/Unsplash)
Crime and Incidents

A Florida teenager who “wanted to eat more than her fair share of tomatoes” during a family dinner has been charged after she allegedly attacked her elderly relatives and pulled out a knife, according to reports.

Katie Jade Gates, 19, allegedly became violent at her family home in Nassau County when she was told she shouldn’t take another helping of tomatoes. The ordeal on Sept. 12 allegedly ended with the teen attempting to stab her grandfather.

The teenager has been charged with two felonies: aggravated assault with a deadly weapon and aggravated battery on a victim over the age of 65, reported Fox News.

Things took a nasty turn at the family home in Callahan after Gates threw a fit and became “disrespectful toward the other adults in the house” when she wasn’t allowed more tomatoes, her grandmother claimed.

She first threw a water bottle, narrowly missing her grandfather, then hit her 73-year-old great-grandmother with a pack of cigarettes, according to an incident report by the Nassau County Sheriff’s Office obtained by Fox News.

According to a police report, Gates lives in the family home with her grandmother, grandfather, great-grandmother, and another individual who lives in a shed in the backyard.

The cigarette packet struck her great-grandmother “in the top portion of the eye,” and her actions “enraged the elderly adults in the house,” police records said, according to the New York Post.

Gates then took a knife and started to chase her grandfather when he confronted her over her behavior. She followed him outside with it and threatened to slash him in the face while making stabbing movements with the blade, reported Law and Crime.

According to the Nassau County Sheriff’s Office report, Gates said, “[Expletive], I’ll stab you in your [expletive] face.”

The blade almost struck her grandfather in the face, according to police records.

She “continued to underhand poke and overhand strike at him with the knife in her hand while yelling obscenities,” family members told police.

The young woman only stopped when her grandmother said she was calling the police, after which she ran back into the home at threw the knife on the counter.

When police arrived at the home and questioned the 19-year-old, she denied making poking motions with the knife during the argument but admitted to following him outside with the blade. She also admitted to throwing the cigarette pack at her great-grandmother “in anger.”

Gates was taken into custody and later released after posting $18,000 bond, and was ordered by a judge not to contact the victims, reported The Smoking Gun.

She is scheduled for a court appearance on Oct. 3.