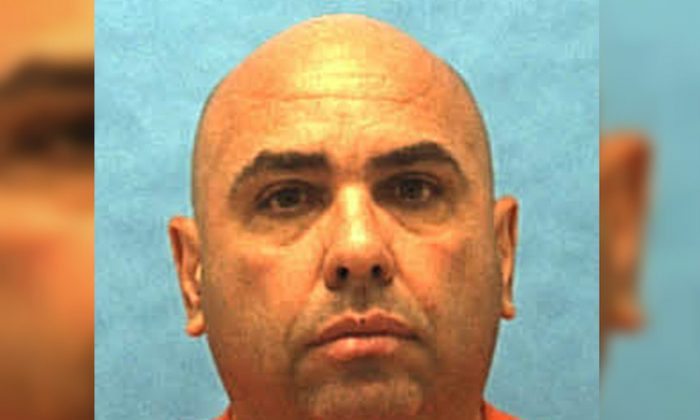 Florida is scheduled on Dec.13, to execute a man who was convicted of beating and stabbing a 63-year-old North Miami woman to death during a burglary more than two decades ago.

Jose Jimenez, 55, is set to die by lethal injection at Florida’s execution chamber in Raiford at 6 p.m. EST, the state’s department of corrections said.

Jimenez was convicted of first-degree murder and burglary and sentenced to die in 1994.

Jimenez was accused of beating and stabbing to death Phyllis Minas, 63, after he broke into her North Miami apartment on Oct. 2, 1992. Neighbors heard her screaming and tried to enter the apartment but Jimenez locked the door and fled out the bedroom balcony, court documents showed.

Jimenez, who lived in the same apartment building, cleaned himself up and changed before speaking to neighbors in the hallway after the attack. He was arrested three days later at his parents’ home nearby after police matched his fingerprints with those found at the scene.

State and federal courts have denied numerous appeals in Jimenez’s case, challenging his conviction and sentence on several grounds.

The Florida Supreme Court denied an appeal on Wednesday that argued a referendum approved by voters in 2018 allows Jimenez at least a new sentencing hearing based on guidelines that were established in 2016 and 2017 rather than the guidelines that were in place in 1994.

Jimenez also has an appeal on several grounds with the Supreme Court.