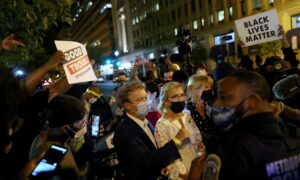 Sen. Rand Paul: People Who Accosted Me in DC Were Trying to Kill Me
0 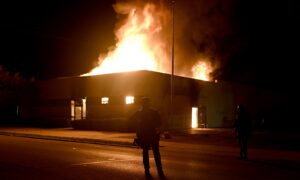 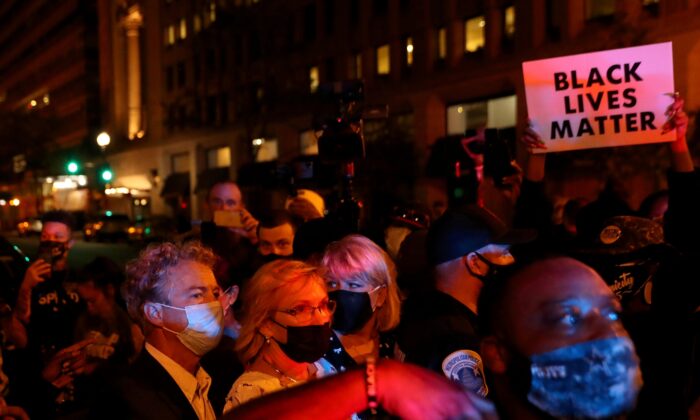 A Florida resident was charged with assault for allegedly attacking one of the police officers who was guarding Sen. Rand Paul (R-Ky.) and three women through an angry mob in Washington last week.

Brennen Sermon, 27, was charged with one count of assaulting a law enforcement officer.

A police officer who was actively holding a police line at 14th and F Street NW said that Sermon came up to the line and kicked his bicycle into his chest, causing the officer’s body camera to break, according to an affidavit filed in D.C. Superior Court.

The defendant then fled, chased by the officer.

But when the officer caught up and tried arresting him, a group of people surrounded him and Sermon punched him in his face, according to the court filing. A supplemental filing noted that the man who kicked the bike and the one who threw the punch were wearing different color shirts, so Sermon was ultimately just charged with respect to the punching allegation.

The officer saw the man running away, so he called out to other officers nearby, “That’s him in the blue shirt.”

Sermon was taken into custody.

The officer sustained laceration and severe swelling above his left eye, requiring treatment at a hospital.

A court-appointed lawyer didn’t respond to a message.

Paul took to social media to write: “One of the brave D.C. cops who likely saved Kelley and me was assaulted by one of the violent mob. The attacker was arrested and charged with assault, then released.”

Sermon was released on his own recognizance, according to data from the court. He pleaded not guilty.

Paul, his wife, and two others were surrounded by the mob after leaving the White House early Aug. 28. President Donald Trump had just delivered a speech accepting the Republican presidential nomination.

Video footage showed the group standing in place for at least 5 minutes until more officers arrived. The officers then helped fend off the crowd and escorted Paul and the others several blocks to a hotel.

Paul said he was “attacked by an angry mob” and thanked police officers “for literally saving our lives from a crazed mob.”

People who accosted him were shouting threats, the senator later said.

“The threats were if they could get a hold of you—and I truly believe with every fiber of my being, had they gotten at us, they would have gotten us to the ground,” he said during an appearance on “Fox & Friends.”

“We might not have been killed. We might just have been injured by being kicked in the head or kicked in the stomach until we were senseless. You’ve seen the pictures. Most of the networks will not show the pictures of this. This is happening in all of our cities. It’s got to stop, and thank God for the police.”

Sermon was one of eight people arrested. Four others were arrested on assault of a police officer charges while the rest were booked on simple assault or resisting arrest charges.

Charging information was available for three of the others arrested. Olivia Margullis of Tacoma, Washington, was charged with assaulting another person, named as John Doe.

Emanuel De Sousa of San Leandro, California, was charged with resisting arrest. Officers said he interfered with attempts to arrest another person.

And Jonathan Gartrelle of Miami, Florida, was charged with assaulting an officer and resisting arrest.