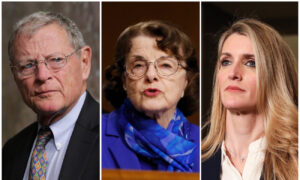 A Florida man was charged with manslaughter on Monday for fatally shooting another man on July 19 during an argument over a parking spot, after police initially declined to arrest him due to the state’s “stand your ground” self-defense law, officials said.

Alleged shooter Michael Drejka was taken into custody on Monday, the Pinellas County Sheriff’s Office said in a statement. The suspect was 47 at the time of the crime but turned 48 last week, according to the county jail.

Police had initially not charged Drejka over the July 19 shooting due to the 2005 law, which grants residents the right to use deadly force if they reasonably believe they are at risk of great harm or death. The case was sent to the state attorney’s office for further review.

“I support the state attorney’s decision and will have no further comment as the case continues to work its way through the criminal justice system,” said Pinellas County Sheriff Bob Gualtieri in a statement on Monday.

The shooting occurred when Drejka got involved in a shouting match outside a Clearwater, Florida, grocery store with a woman who allegedly parked in a spot reserved for handicapped people without the proper permit, the sheriff’s office said.

The woman’s boyfriend, 28-year-old Markeis McGlockton, approached Drejka and shoved him to the ground, at which point Drejka drew his licensed concealed handgun and shot McGlockton in the chest while his girlfriend and 5-year-old son were inside the store, the sheriff’s office said. It said that Drejka said he was in fear for his life at the time.

Surveillance video of the event went viral online, sparking criticism of the “stand your ground” law on social media.

The law removed the legal responsibility to retreat from a dangerous situation and allowed the use of deadly force when a person felt greatly threatened.