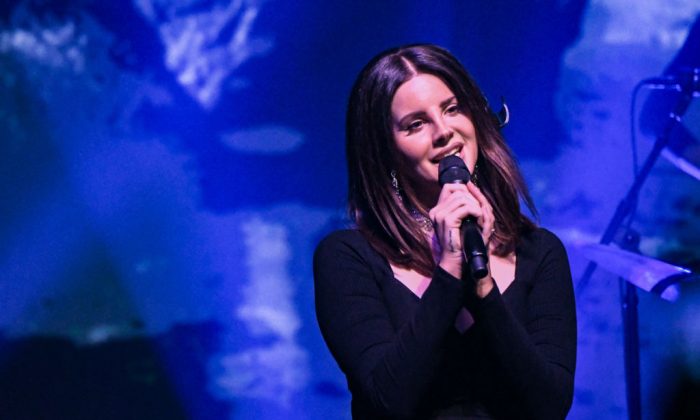 A Florida man was arrested after he attempted to kidnap American singer Lana Del Rey, during her concert in Orlando.

Authorities said that the man, identified as 43-year-old Michael Hunt, was arrested on Friday, Feb. 2, for aggravated stalking and attempted kidnapping with a weapon.

They caught Hunt around a block away from Orlando’s Amway Arena, where the singer was slated to perform in the evening, according to a media release from Orlando Police.

After receiving a tip we deemed a credible threat, OPD got to him before he could get near singer Lana Del Rey last night at her show at Amway Center. pic.twitter.com/twVrOSxNqF

The department said on Twitter that it received a tip that was deemed a “credible threat.” Police then thwarted the man’s plans.

When Hunt was taken into custody he was holding tickets to the Lana Del Rey concert and also a knife, according to the media release.

“At no time was he able to make contact with Ms. Grant,” police said, referring to Del Ray’s real name, Elizabeth Grant.

Working off a tip,OPD Officers were able to stop Hunt, who was armed with a knife, before he could get to the Amway Center. pic.twitter.com/mOsfGEwJIO

Days ago, Hunt had made “cryptic and threatening” posts on social media between Jan. 29 and Feb. 2, according to the Orlando Sentinel.

On Jan. 30, the paper reported that Hunt wrote on Facebook, “I want to see my queen on Friday and from that day forward our decisions will be as one.”

“I’m going to probably finish out her tour with her, obviously, and dance and talk and figure out what we’re going to do,” Hunt said, according to the Orlando Sentinel.

Hunt reportedly has 61 prior felony convictions that ranged from drugs to violent crimes, according to the newspaper.

Del Rey is now on her “LA to the Moon” tour. In a Twitter post on Saturday night, she thanked her fans for attending.

“Orlando! Fort Lauderdale! Miami! Thank you so much for coming out and making those shows totally crazy and keeping the energy high. We’re all feeling super lucky after a couple of days of amazing shows [hearts] that means,” she tweeted, adding that she was “grateful.”

Orlando! Fort Lauderdale! Miami! Thank you so much for coming out and making those shows totally crazy and keeping the energy high
We’re all feeling super lucky after a couple of days of amazing shows?
that means
Atlanta, Georgia at the Phillips Arena is our next stop
Grateful. pic.twitter.com/qGVBUSEXGO

Hunt is currently being held in Orange County Jail without bond.