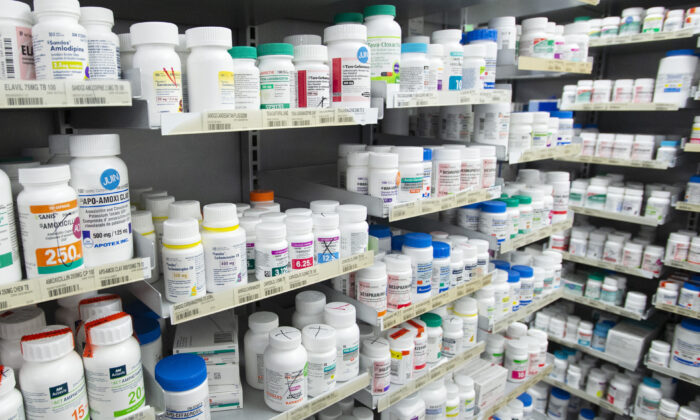 Prescription drugs are seen on shelves at a pharmacy in Montreal on March 11, 2021. (The Canadian Press/Ryan Remiorz)
Crime and Incidents

Lazaro Hernandez, 51, of Miami, was arrested on June 17 for allegedly distributing millions of dollars worth of adulterated drugs for human immunodeficiency virus (HIV) that were eventually distributed to patients throughout the United States.

Hernandez and co-conspirators established licensed wholesale drug distribution companies in New York, Florida, Connecticut, and New Jersey to distribute “adulterated and misbranded” prescription drugs at steep discounts to other co-conspirators at wholesale pharmaceutical distributors in Maryland, Mississippi, and New York, according to a June 17 press release from the Department of Justice (DOJ).

These distributors then allegedly resold the drugs to pharmacies throughout America. The pharmacies dispensed these adulterated drugs to unsuspecting patients as well as billed the drugs to health insurers like Medicare.

“Between approximately 2019 and 2021, the wholesale pharmaceutical distributors paid Hernandez and his co-conspirators more than $230 million for the illegally acquired and adulterated prescription drugs. Hernandez allegedly laundered those hundreds of millions of dollars through the use of several corporations in Miami,” the DOJ stated.

The indictment alleges Hernandez to be part of a nationwide scheme to defraud the U.S. Food and Drug Administration (FDA) as well as engaging in the distribution of adulterated drugs. Hernandez is said to have illegally acquired large quantities of HIV medication and created false drug labeling as well as documentation to make it appear as if these high-priced medications were acquired legally.

Hernandez was also charged in a separate, superseding indictment together with 37-year-old Eladio Vega in the same case, according to another DOJ press release. The indictment charges them with being part of the prescription medication diversion fraud scheme.

Suppliers of the adulterated drugs obtained the medication through health care fraud, theft or burglary, or procuring them via patients who chose to sell them, the DOJ said. As of June 17, eight of the 15 defendants who have been charged in the case have entered guilty pleas.