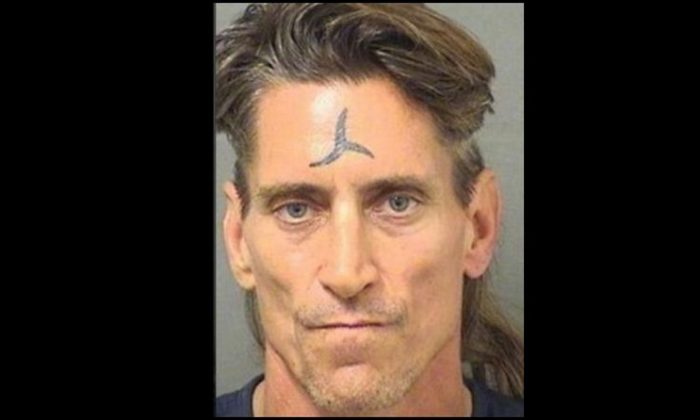 A Florida man was charged with second-degree murder after he allegedly stabbed someone with a three-foot-long sword.

Police arrested George C. Livingston, 51, after a man was found dead next to the sword near railroad tracks on Saturday, the Sun Sentinel reported.

The victim was identified as 58-year-old David Beckett by the Palm Beach County Sheriff’s Office, and he had “visible injuries consistent with a violent attack,” a sheriff’s office spokesman told the Palm Beach Post.

Beckett and Livingston lived at a nearby homeless encampment.

Livingston is being held without bond in the Palm Beach County jail. The charge was described as “murder, dangerous depraved without premeditation,” according to the Sun-Sentinel.

The office said the stabbing stemmed from a fight between the two homeless men. It’s unclear what triggered it.

“Detectives arrived, interviews were conducted with witnesses and a person of interest that had been detained by the responding deputies,” Teri Barbera, a spokeswoman for the sheriff’s office, said in a press release. “Probable cause was developed and George C. Livingston … was arrested for 2nd Degree Murder.”

Livingston has a lengthy criminal record, having served prison terms in Florida. He was convicted of aggravated stalking, according to Florida Department of Corrections records, as reported by the Sun-Sentinel.

In 2011, he was caught with a 9-inch knife near a children’s area of the Boynton Beach Mall, claiming that he needed the blade to protect himself from gangs, Fox reported. When his knife was taken by an officer, Livingston asked, “Why did the other officer take my pocket knife but not my taser?”

The officer then confiscated his taser at the time, Fox reported.

Livingston is currently being held in the Palm Beach County jail. No bail was set.