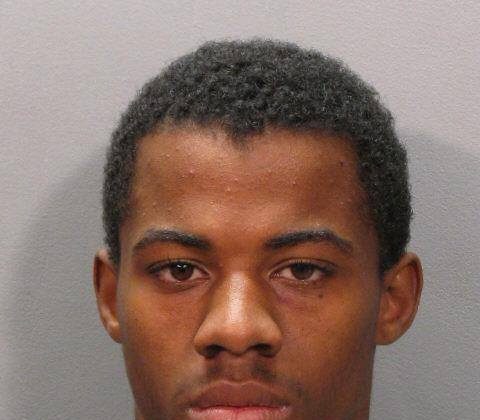 Florida airport shooting: A shootout between police and at least three suspects at Jacksonville International Airport Wednesday ended in the arrest of two, but one suspect remains at large. A fourth individual may have also escaped, but police were unable to confirm.

Police followed a Ford Crown Victoria believed to be stolen; the suspects were at the rental car garage at the Jacksonville, Fla., airport when they seemed to realized they were being followed Wednesday afternoon, Jacksonville Sheriff’s Chief Tom Hackney told NBC News.

Before the car could take off, police cars surrounded it. The car rammed police cars and succeeded in breaking through, then reversing out of the garage. A shootout ensued, but the only injury was a shot to the ankle of one of the suspects who was subsequently arrested.

A 17-year-old and a 27-year-old were arrested, but Rodney Lorenzo Addison, 20, remains at large. Jacksonville Sheriff’s office is requesting anyone with information regarding the location of the suspect to call the office at 904-630-0500, email JSOCrimeTips@jaxsheriff.org, or call Crime Stoppers at 1-866-845-TIPS.

Anna Telma Murphy wrote on the Sheriff’s office Facebook page, “Catch him! He’s twenty and just threw his life away!”