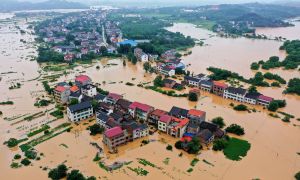 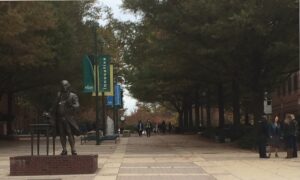 Millions of dollars in loans under the Paycheck Protection Program (PPP) went to companies linked to the Chinese Communist Party and state-owned enterprises. The National Pulse published an exclusive story on this, noting that some were tied to the CCP’s Confucius Institute.

And the Justice Department announced the arrest of a professor and researcher named Song Guo Zheng, who it said has strong ties to China and is being charged with illegally using US grant funds to develop scientific expertise for China. Similar to Dr. Charles Lieber, the former Harvard chemistry professor who is also facing charges, Zheng was allegedly tied to the CCP’s Thousand Talents Program.

Assistant Attorney General for National Security John Demers said in a statement “Yet again, we are faced with a professor at a U.S. University, who is a member of a Chinese Talent Plan, allegedly and deliberately failing to disclose his relationship with a Chinese university and receipt of funds from the Chinese Government in order to obtain millions of dollars in U.S. grant money designed to benefit the health and well-being of the people of the United States — not to be hijacked to supplement the research goals of the Chinese Communist Party.”