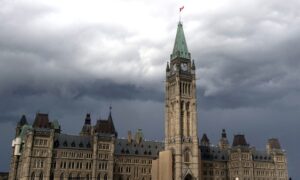 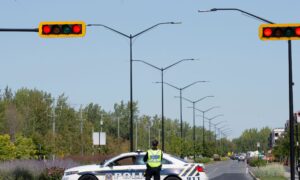 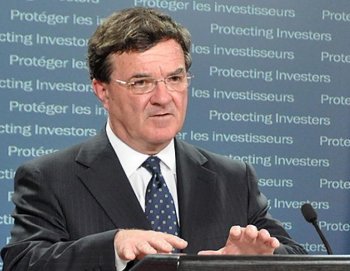 Flaherty Moves Ahead with Controversial Regulator

By Matthew Little
Print
PARLIAMENT HILL, Ottawa—Finance Minister Jim Flaherty released his proposed Canadian Securities Act for review on Wednesday, taking a step forward on a plan for a national securities regulator—a move embraced by some provinces, denounced by others.

Pundits are describing the act as Flaherty’s legacy legislation, and it has gained tacit approval from Liberal leader Michael Ignatieff. While Ontario and most other provinces have embraced it, both Alberta and Quebec object, saying the new regulator usurps provincial jurisdiction.

To address that, Flaherty has referred his proposed legislation to the Supreme Court of Canada, which could take up to two years to rule whether it is constitutional. In the meantime, the government has already been working to bring provincial regulators together in preparation for a national regime.

“The idea of a national securities regulator is not new, it goes back at least as far as 1935,” Flaherty told reporters in announcing the legislation.

“Over the years, it seems that almost every generation has taken up the idea,” he said, adding that experts, international organizations, and others have supported it as an improvement over the “Balkanized system” currently in place.

“However, in each case, jurisdictional concerns have prevented progress and maintained the status quo.”

Flaherty said a new system will save fees and better protect investors. It will also make it easier for police to investigate fraudsters.

“In today’s world of interconnected capital markets, where investors can move billions of dollars at the click of a mouse, we need to lower barriers, not multiply them.”

Opposition in Quebec has been particularly intense where a coalition of business and government has spoken out against the plan, calling it a power grab that could lead to an exodus of business from the province.

Flaherty says it is an important step in protecting ordinary Canadians from investment fraudsters like Earl Jones.

Jones, a Montreal financial adviser sentenced to 11 years in prison last February, cost many of his victims their life savings with a $50 million Ponzi scheme that returned none of its investments.

“Those who commit securities fraud will face a tougher, more comprehensive regime. No more falling through the cracks,” Flaherty said.

He noted that Canada remains the only industrialized country without a national regulator.

“International organizations such as the International Monetary Fund and the Organisation for Economic Co-operation and Development have identified this key weakness,” he said.

While he maintains that provinces will have the option to join or remain independent of the new regulator, critics argue that business will flock to the new regime for its cost savings and simplicity.