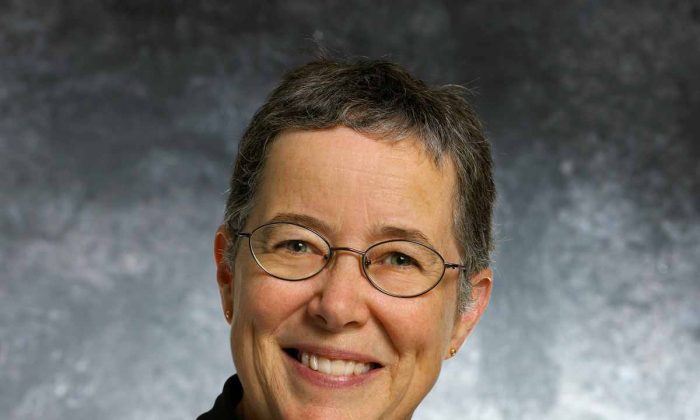 PARLIAMENT HILL—Times are tough for Canada’s democracy and the projections don’t look good. Scandals have fed growing cynicism, voter turnout is declining, and politicians are held in ever lower esteem.

But what if there was a way to turn the tide, democracy 2.0 if you will.

The digital age has liberated information from the expense of paper and physical delivery. For the first time in human history, it might actually be possible for a modern government to share everything it is doing with its citizens—radical transparency.

Imagine knowing exactly what a given department was spending its money on, the discussions it was having on things like pipelines and trade deals, or how the secretive parliamentary Board of Internal Economy decided whether a given MP has breached the rules.

Such transparency would leave politicians and bureaucrats little chance to misbehave and could restore public confidence in elected officials and the public service. Some commercial interests, national security matters, and other issues would need to remain hidden, but little else, argues Janet Keeping, president of Transparency International Canada.

“Most of the time there is no argument at all against transparency in government,” said Keeping. “The information the government has is held on our behalf, and unless there is a compelling competing interest, it should be ours.”

To date, government transparency has been improved in bits and pieces, including access to information laws that force the disclosure for some requested information. There is also mandatory reporting of election contributions and some expenses, but for close political observers, too much remains hidden.

Controversies like the Senate expense scandal—which saw several senators claim expenses totalling in the hundreds of thousands that they should have paid themselves—strengthen calls for specific changes.

“Had these rules been in place for Parliament two years ago, Senator [Mike] Duffy’s receipts would have shown that he wasn’t spending much time in PEI while claiming a housing allowance,” notes CTF federal director Gregory Thomas.

The CTF wants to see senators and MPs convicted of filing fraudulent expense claims lose their generous pensions, much like the law recently passed in Nova Scotia by the NDP government.

“There needs to be a cost associated with ripping off taxpayers,” said Thomas. “Otherwise this is never going to stop.”

But others, including Keeping, argue that penalties and legislation are not enough to force good behaviour—that rules can only go so far before the culture of being in power and operating behind closed doors wears down good intentions and leads people astray.

But if there are different opinions on how to fix problems, there is common acceptance that something needs to be done.

Politics has become a dirty word and the Canadian public routinely discounts the sincerity of the people they send to Ottawa and the bureaucracy their tax dollars pay for. But it’s wrong to label all politicians as guilty of unethical behaviour, argues Keeping.

Part of the problem is transparency itself, notes Keeping. It’s an unfortunate but well-documented pattern that when people are kept in the dark about their government, they are more inclined to believe its self-proclaimed perfection.

Evidence in corruption and anti-corruption literature shows that as former Soviet countries and others start to address corruption, people become more aware of the problem and feel more cynical and pessimistic.

“Transparency at certain stages can depress people, it can discourage people, but that is no argument against it.”

The solution is more transparency, she argues, and that’s also in the best interests of elected officials, said Kelly Ernst, the senior program director at the Sheldon Chumir Foundation for Ethics in Leadership.

Conversely, if the system lacks transparency and scandal strikes, all politicians are painted by the unethical behaviour.

“So transparency does protect politicians by allowing the public to see that not all politicians are terrible scoundrels [like] we have been seeing in the media lately,” said Ernst.

Stuck in the Muck

The burning question is why don’t elected officials push for greater transparency. Former Tory Brent Rathgeber left the Conservative Party over that exact issue. If the system isn’t as deeply flawed as people think it is, if politicians are more honest than people give them credit for, why resist transparency when that very act raises suspicion and feeds public distrust of elected officials?

There are many reasons. One is that officials and key managers may doubt the public’s ability to understand certain issues, and that something reasonable may be presented out of context or sensationalized by the media.

Another is that new governments quickly become entangled in issues that precede them and would be left wearing the blame if matters came to light, especially if they were not aware of it quickly enough, or did not move fast enough to fix it.

Of course, there is also the act of doing favours and making mistakes—actions governments are embarrassed about or don’t want revealed.

Another factor is simply fatigue, said Keeping. Sometimes it just gets exhausting to constantly respond to inquiries or explain initiatives.

“It’s like they just don’t want that hassle anymore. I am not excusing it and I don’t excuse it, but I think it’s a somewhat natural process. It is an ongoing struggle between some natural human tendencies to hide things, or just make life easier for yourself, and our need for transparency.”

There is also the inevitable decline most any government will go through. Power corrupts, says Keeping, and it’s for this reason that democracies renew themselves through elections. Public appetite for transparency, a precondition for accountability, compels parties to promise and enact reforms, an encouraging trend.

But while there is a historical trend towards transparency, early improvements like access-to-information laws are falling far short of expectations.

Canadian Journalists for Free Expression is one of many groups lamenting the decline.

CJFE President Arnold Amber says amendments have weakened the bill at a time when society is looking for more information. Beyond legislative changes though, the practice of carrying out the law is “totally bizarre” he said.

Where Canada once ranked among the best in the world, the Centre for Law and Democracy’s Right to Information Index ranks Canada in 55th position out of 92, behind countries like Uganda and Peru.

It takes longer to get documents, and there is less in them, said Amber.“We have more redaction than they do in the other countries and on the speed of return, we are horrific.”

In the absence of facts, spin reigns. And because Canada has little protection for whistleblowers, it is harder for the truth to come out through other means.

“We have witnessed steady erosion of our access rights. A variety of constraints and practices hold us back from realizing the benefits of a truly open system,” she wrote. Legault and others want the laws extended to cover Parliament itself, which is now exempt.

While the current Conservative government hasn’t been lauded for its transparency—although it did pass the Federal Accountability Act—Harper seems attuned to the benefits of sharing more information.

At the G8 recently, the PM joined in with other world leaders in pledging themselves to the Open Data Charter—a fact little reported and less understood, but warmly welcomed by David Eaves, one of Canada’s foremost open data advocates.

In his popular open data blog, Eaves notes the charter commits the government to share data by default. That data can reveal where the government is spending money, how effective new legislation is, or whether departments are failing to meet critical targets.

But even here there are worries, namely that the expected summer cabinet shuffle could replace Treasury Board President Tony Clement—a strong supporter of open data—with someone less inclined towards transparency.

“When it comes to open data, Minister Clement has been a powerful voice in a government that has, on many occasions, looked for ways to make access to information harder, not easier,” says Eaves.

In another post, Eaves points out that access to information laws also face a critical problem—cost. As more requests are filed, the cost per request has actually increased and could become prohibitively expensive.

In the face of government secrecy and public cynicism, Keeping says there is no choice but to move forward. “The only solution is radical transparency. It is as much transparency as possible.”

Not only is transparency the best way to keep a government honest, it also sustains popular support for the democratic process, she notes.

“It is just the way it is; it is why transparency and accountability are so important. It is why Americans talk about checks, and balances.”

Legault would seem to agree. She made a call for change in her statement on the anniversary of access to information laws.

“With 30 years of experience in our back pockets, it is time to talk again about the value we place on unfettered access to government information. It is time to reassert that access is fundamental to the health of our democracy. And, it is time for the legislation’s champions, old and new, to recommit to the cause of transparency and accountability.”