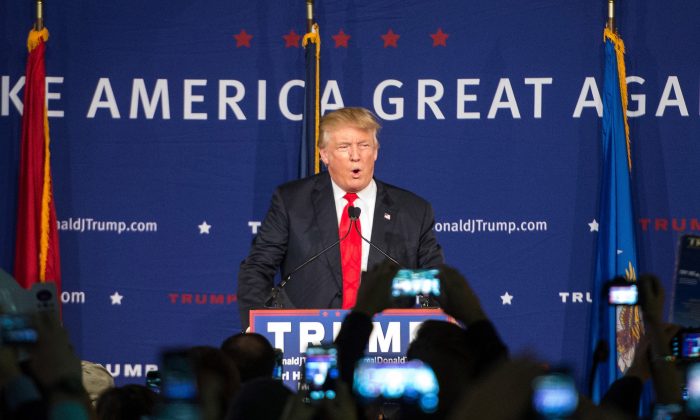 Trump said recently that police officers in London are scared in communities that are mostly made up of Muslims.

“We have places in London and other places that are so radicalized that police are afraid of their own lives,” he said on MSNBC.

And Home Secretary Theresa May rejected the claims, insisting: “The police in London are not afraid to go out and police the streets.”

But these five cops don’t agree.

“Trump’s not wrong,” one officer told the Daily Mail. “He pointed out something that is plainly obvious, something which I think we aren’t as a nation willing to own up to.”

Another officer added that he and other law enforcement members are afraid they will become targets of terrorism, especially considering they’ve gotten a “dire warning” from their bosses about wearing a uniform, “even in my own car.”

A Lancashire Police officer added: “There are Muslim areas of Preston that, if we wish to patrol, we have to contact local Muslim community leaders to get their permission.”

Another officer told the Breitbart blog that the “Islamification” of the police force isn’t new, and has been happening for a while.

“When I was a teenage lad in [B]urnley there were no go white areas. This IS the case still nationally… including London where you have to have extra vigilance in certain parts when you are working.”

And another officer told LBC radio that while police aren’t scared, there are places in the capital where bosses have told officers to avoid wearing uniforms.

“There has been a time when it’s been advised not to wear half-blues or uniform to and from work. It’s like damage limitation. You try to do the most you can to prevent anything bad from happening,” the officer said.

“All intelligence is around you and you do the best with that to essentially stay safe. And if that means taking measures to not identify yourself off-duty too much then so be it. It’s covering your backs. It’s a common sense approach.”

The comments come after a petition trying to block Trump from traveling to the United Kingdom reached over 470,000 signatures.

But columnist Katie Price wrote in the Mail that Trump is correct with his comments, despite people being upset over them.

“There is fear among the police AND the public. In part we ARE a radicalized nation and it does nobody any favors to deny the obvious I work with a team of cameramen in town who text their wives and partners on the hour to confirm they are safe,” she wrote.

“My family is not keen for me to be in the capital. Some friends will no longer come to London. How do you feel about the security of the city’s shopping centers right now, after what happened in Paris?”