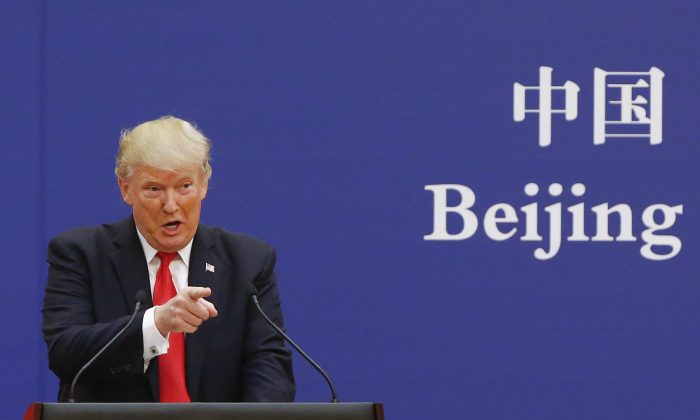 BERLIN—The five nations in the world’s leading intelligence-sharing network have been exchanging classified information on China’s foreign activities with other like-minded countries since the start of the year, seven officials in four capitals said.

The increased cooperation by the Five Eyes alliance–grouping Australia, Britain, Canada, New Zealand and the United States–with countries such as Germany and Japan is a sign of a broadening international front against Chinese influence operations and investments.

Some of the officials, who spoke on condition of anonymity because of the sensitivity of the talks, said the enhanced cooperation amounted to an informal expansion of the Five Eyes group on the specific issue of foreign interference.

While China has been the main focus, discussions have also touched on Russia, several said.

“Consultations with our allies, with like-minded partners, on how to respond to China’s assertive international strategy have been frequent and are gathering momentum,” a U.S. official told Reuters. “What might have started as ad hoc discussions are now leading to more detailed consultations on best practices and further opportunities for cooperation.”

All the governments involved, including Germany and Japan, declined to comment.

China, faced with a growing backlash from Washington, Canberra and other capitals, has rejected accusations that it is seeking to influence foreign governments and that its investments are politically driven.

The enhanced coordination by the Five Eyes network suggests that, despite signals from U.S. President Donald Trump that he is prepared to go in it alone in the confrontation with China, members of his administration are working hard behind the scenes to put together an informal coalition to counter Beijing.

It also represents another blow to China’s fading hopes of convincing European countries, unsettled by Trump’s “America First” policies, to distance themselves from Washington and move closer to Beijing.

The officials who spoke to Reuters said the talks have been taking place “below the radar” and mainly bilaterally. Two sources said France was also involved, but on a less regular and comprehensive basis.

None suggested that Germany, Japan or other nations outside the Five Eyes network had been invited to meetings of the intelligence alliance, which was set up after World War Two to counter Soviet influence.

But a statement issued after a Five Eyes meeting on the Gold Coast of Australia in late August hinted at closer coordination. It said the group would use “global partnerships” and accelerate the sharing of information on foreign interference activities.

International coordination has accelerated in parallel with a wave of national measures to limit Chinese investments in sensitive technology companies and counter what some governments view as a growing campaign  to sway foreign governments and societies in China’s favor through a mix of pressure and inducements.

Last December, citing concerns about Chinese influence, the Australian government unveiled a package of new laws that tightened rules on foreign lobbying and political donations, while broadening the definition of treason and espionage.

The text of that legislation mandates Trump to conduct a “more robust international outreach effort” to convince allies to adopt similar protections.

The German government, which tightened its rules on foreign investments last year only to determine months later, after a fresh wave of Chinese acquisitions, that they were still inadequate, is poised to lower the threshold at which it can intervene.

Last year, Berlin quietly launched an inter-ministerial drive to assess the broad range of Chinese activities in the country. Government sources say that analysis is broadly complete and new policy measures could follow, although they say far-reaching steps like those taken by Australia are unlikely.

The U.S. official said the foiled takeover of German semiconductor firm Aixtron in 2016 had underscored the need to build a broader coalition of countries to share information and coordinate responses to China.

Two years ago, the German government approved a Chinese investment fund’s acquisition of Aixtron, only to reverse course a month later when U.S. officials raised security concerns that Berlin had overlooked.

The officials who spoke with Reuters described a “flurry of consultations” in recent months, with Washington driving coordination on the investment side and Canberra taking a lead role in raising awareness about political interference.

Talks have taken place between diplomats, intelligence officials and heads of government, they said.

“We are living in a new world,” said a person from a Five Eyes country who has traveled extensively to other capitals over the past year to discuss China’s foreign activities.

“The sudden shock from authoritarian regimes is prompting closer coordination and a real expansion of intelligence sharing,” this person said.