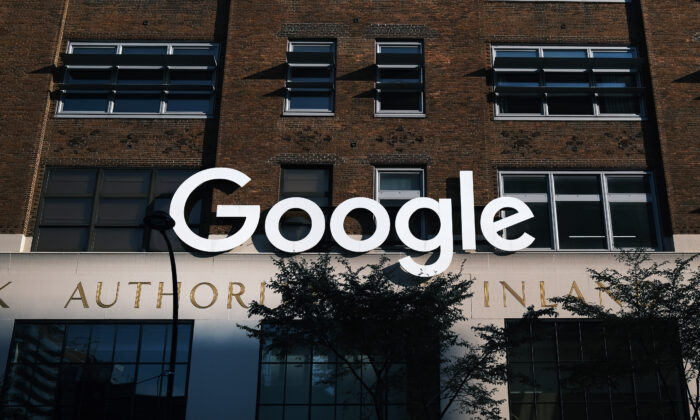 Google’s US$2.1 billion ($3 billion) acquisition of Fitbit has seen the tech giant face a setback in Australia after the Australian Consumer and Competition Commission (ACCC) rejected Google’s initial offer to temporarily limit how it would use data collected by the fitness tracking devices.

The announcement comes after a similar offer was accepted by the European Commission on Dec. 17, which has effectively approved the deal with conditions.

Following a 10-day consultation with industry and consumers, the ACCC has announced on Dec. 22 that it “will not accept a long-term behavioural undertaking offered by Google.”

The court-enforceable undertaking (pdf) proposed by Google suggested a set of remedies to ensure Australia’s wearable markets remained open and competitive. The company said it would not use certain health data for advertising for 10 years and, in some circumstances, would allow competing businesses to access Fitbit’s health and fitness data. Google also said it would “maintain levels of interoperability between third party wearables and Android smartphones for 10 years.”

However, the ACCC said it was not convinced that the proposed long-term undertakings would sufficiently address concerns around competition and market power.

“While we are aware that the European Commission recently accepted a similar undertaking from Google, we are not satisfied that a long term behavioural undertaking of this type in such a complex and dynamic industry could be effectively monitored and enforced in Australia,” ACCC chairman Rod Sim said in a statement.

“The ACCC continues to have concerns that Google’s acquisition of Fitbit may result in Fitbit’s rivals, other than Apple, being squeezed out of the wearables market, as they are reliant on Google’s Android system and other Google services to make their devices work effectively,” he said.

“The acquisition may result in Google becoming the default provider of wearable operating systems for non-Apple devices and give it the ability to be a gatekeeper for wearables data, similar to the position it holds for smartphones which licence the Android operating system.”

Google announced its intention to acquire Fitbit in early November 2019 as it competes with Apple and Samsung in the growing wearable technology market. The ACCC initiated its investigation in February this year and outlined its concerns in June.

In response to Google’s proposed remedies, the competition regulator said it remained concerned that the tech giant’s expanded access to consumer health data could further entrench its dominant position and thus stymie the competition dynamics in some digital advertising and health markets.

“Wearable devices such as smart-watches are becoming more important in Australians’ online lives, and the user data these devices collect is likely to become increasingly valuable,” Sim explained. “The competition impacts of Google acquiring Fitbit to expand into these important markets needs to be very carefully considered.”

The watchdog said it will now continue its investigation in tandem with several competition authorities that have yet to make a decision, including the U.S. Department of Justice. It said it must reach its own view on the proposed deal given “the importance of both companies to commerce in Australia.”

A final decision is expected on March 25 next year.

The ACCC has indicated that if Google moves ahead with the merger before receiving approval, the organisation would face legal action and fines to the tune of $400 million.

Google responded by saying the company is disappointed at the delay but will continue to engage with the ACCC to answer questions about the deal.

The ACCC decision reflects the increasing concerns around the world about the growing market power and influence of the digital platforms such as Google, Apple, and Facebook.

In a speech to the Australia-Israel Chamber of Commerce (WA) in August, Sim highlighted the importance of digital merge scrutiny and revealed the watchdog’s tightened regulating measures, including the creation of a digital platforms branch and the new media bargaining code.

In early December, New York Attorney General Letitia James announced a massive antitrust lawsuit against Facebook centring on the social media company’s US$1 billion deal to acquire photo-sharing app Instagram in 2012 and its US$19 billion purchase of the messaging service WhatsApp in 2014.