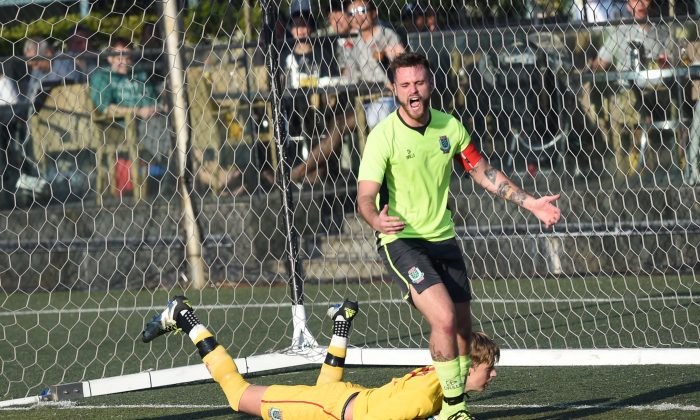 HONG KONG—The first round CODEX Hong Kong FA Cup game of the weekend was between South China and Wo Foo Tai Po on Saturday, Dec 17 at Sham Shui Po Sports Ground, with South China comfortably accounting for their opponents in a 5-1 victory.

South China opened the lead in the 7th minute when Lo Hong-wai finished off a Nikola Komazec cross, and doubled their lead in the 29th minute when Awal Mahama fired home after Lo Hong-wai had knocked back Leung Nok-kang’s cross. South China were out of the blocks quickly at the start of the 2nd half with Nikola Komazec converting a penalty kick after Wo Foo Tai Po were penalised for a foul, and then added further goals from Leung Nok-kang in the 53rd minute, and Chan Siu-kwa in the 69th minute. Wo Foo Tai Po scored a late consolation from Lucss, but South China proceeded to the draw for the next round.

Saturday, Dec 18 saw BC Glory Sky take on R&F at Sham Shui Po Sports Ground in another first round CODEX HKFA Cup match, with BC Glory Sky prevailing in a close game through a single goal win, courtesy of an 89th minute strike from Everton Camargo from a left wing cross .

On Tuesday, Dec 20 a further first round CODEX HKFA Cup game took place between Kitchee and HKFC. HKFC scored first but hit back to take the win 5-1.

Wanderers lead the table with 31 points, with Colts and Albion joint second with 25 points, and GAS fourth with 24 points after 11 games.

Azzurri are league leaders with 30 points from 12 matches, with Carnegies Boca Seniors second with 28 points, and HKU70’s third with 25 points from the same games.

In the third division, Maccabi HK were 3-nil victors over Darts, HOB drew 1-all with Outward Bound, Goal Visio  won 3-1 against HKSS, University were 4-nil victors over Scorpions, Power 22 were 2-nil winners against Antonhill, and Yan Po won 7-4 against Friends of Barclays.

Maccabi HK lead the table with 31 points, with Yan Po second with 28 points, and Antonhill third with 26 points all after 12 matches.