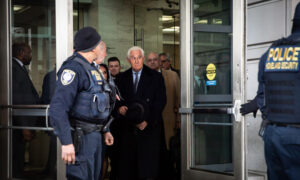 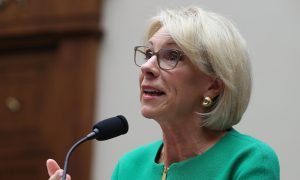 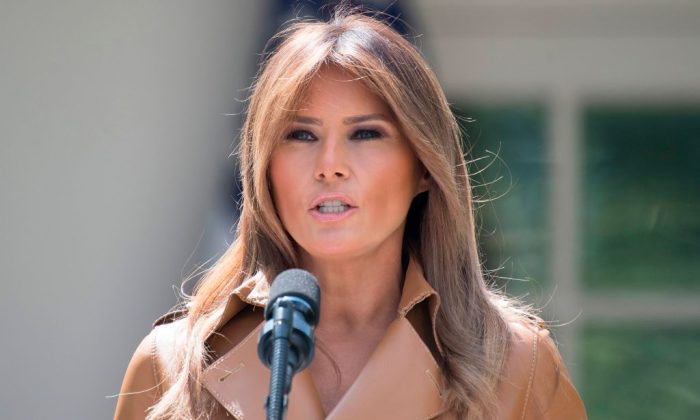 First Lady Melania Trump spoke on Sunday about the importance of kindness at the annual Students Against Destructive Decisions (SADD) National Conference.

The ballroom for the event was filled with hundreds of students and their parents from all over the country, who apparently did not know the first lady was coming to speak.

“Kindness, compassion, and positivity are very important traits in life,” Mrs. Trump told the excited students in Tysons Corner, Virginia. “It is far easier to say nothing than it is to speak words of kindness. It is easier to judge quickly than to take time to understand. You have the power to be the positive force in so many people’s lives.”

Trump made her comments at the SADD conference as part of her Be Best initiative that was announced back in May, when she first unveiled her official platform focusing on the welfare of children.

I enjoyed speaking to our future leaders at @SADDNation about the power they have in their schools & communities through positivity & kindness. Thank you students, for sharing your stories with me. #BeBest #SADD18 pic.twitter.com/DikphPexBl

According to the group’s website, the goal of SADD is to empower young people to successfully confront the risks and pressures that challenge them throughout their daily lives.

Loud cheers erupted when Mrs. Trump was introduced by SADD Student of the Year Dylan Mullins, who had just finished his freshman year of college.

Earlier, Mrs. Trump and spent several minutes with a select group of student leaders, talking about their work and helping to make blankets set to be donated to homeless shelters as part of the organization’s program.

The first lady left the stage to a standing ovation and chants of “USA!, USA!”