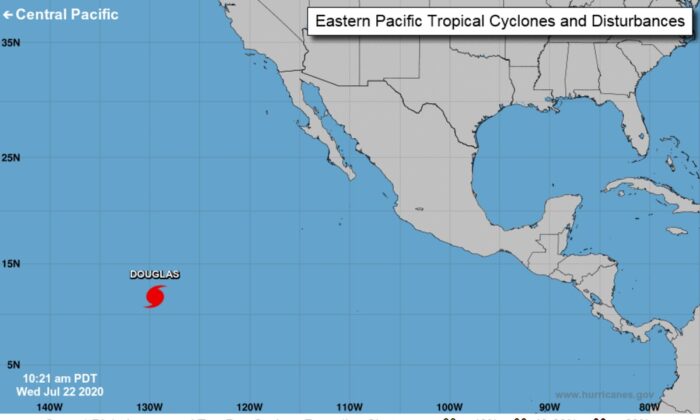 First Hurricane of the Season Forms in Eastern Pacific

It was moving to the west at 15 mph. That track would carry it toward Hawaii on Sunday or Monday, but forecasters said it was likely to weaken back to a tropical depression by that point.

Meanwhile, recently formed Tropical Storm Gonzalo was strengthening in the Atlantic and the center said it was expected to become a hurricane by Thursday.

It was centered about 1,205 miles east of the southern Windward Islands with maximum sustained winds of 50 mph. It was heading west at 14 mph.

The Hurricane Center said that Interests in the Windward Islands should monitor the storm.

Gonzalo’s strengthening breaks a record set by Tropical Storm Gert, which formed on July 24, 2005. So far this year, Cristobal, Danielle, Edouard, and Fay also set records for being the earliest named Atlantic storms of their respective place in the alphabet.