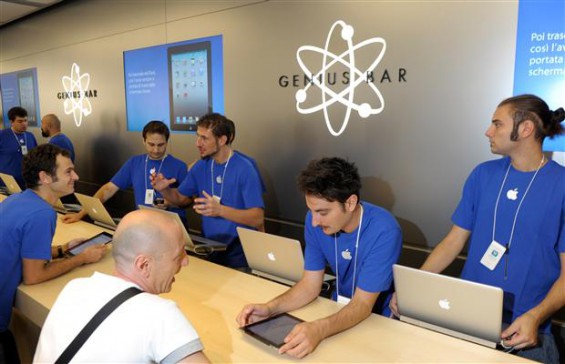 Every time Apple releases a product a lot of people think it's pap and deride it publicly, others think it's great and they go out and buy it
By Leigh Geary

Now, give me grief if you wish, but this is how things happen.

Just before we hit step 3, which will happen in around 5 minutes from now as pre-orders begin, we’re on step 2.

There was a massive / tiny problem with the live feed on Tuesday (depending which side of the fence you’re on). Luckily our live coverage continued, but if you tried to watch the live stream you had a couple of issues.

Firstly, it seemed that only Safari users on Apple products could watch it and secondly, it kept dropping out. At one point we had this screen, then things kinda broke a bit more and we ended up with two audio channels at the same time. It was like the inside of my mind after too many beers.

Either way, the problems didn’t cause a great deal of upset as the Apple Watch and iPhone 6 / 6 Plus were well received by the media and fans alike.

However, the competition love to poke fun. We’ve already had HTC pointing at the screen size increase and now Samsung have posted this YouTube video, which takes things to a whole new level. Thoughts?