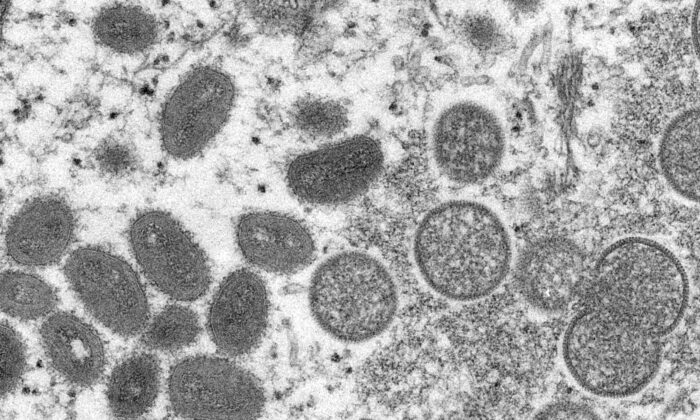 The first case of monkeypox in Australia has been confirmed in the state of Victoria from a man in his 30s who recently returned from the United Kingdom.

The Victorian state health department states that monkeypox does not easily spread between people.

It can be transmitted from one person to another through lesions, body fluids, respiratory droplets, and contaminated materials.

“There are few close contacts that have been identified, obviously the GP is one of them,” Victoria Chief Health Officer (CHO) Brett Sutton told reporters on Friday, referring to the general practitioner who referred the man for testing.

Passengers who were on the same flight as the infected case are being urged to monitor their own symptoms and isolate if any symptoms develop.

Victoria Health said vaccinations may be offered to close contacts within four days of exposure.

Another probable case is also under investigation in New South Wales (NSW) in a man who recently returned from Europe.

NSW Health said a man in his 40s developed mild illness several days after arriving in Sydney from Europe and presented symptoms clinically compatible with monkeypox.

The man and a household contact are currently isolating at home while they wait for the results of the confirmatory test.

“NSW Health has issued a clinician alert to GPs and hospitals across the state and has also been in contact with sexual health services to increase awareness of the cases identified overseas and to provide advice on diagnosis and referral. We will be speaking with GPs about this issue again today,” Chant said.

Monkeypox is a rare viral infection that is endemic to Central and West Africa, but a growing number of confirmed cases of the virus have been appearing in the U.S., Canada, the UK, and Europe.

“Cases are occasionally reported in non-endemic countries in returning travellers or their close contacts, or in owners of imported pets. People can contract monkeypox through very close contact with people who are infected with the virus,” Chant said.

Symptoms typically last around two to four weeks and the fatality rate of the disease has been around three to six percent.